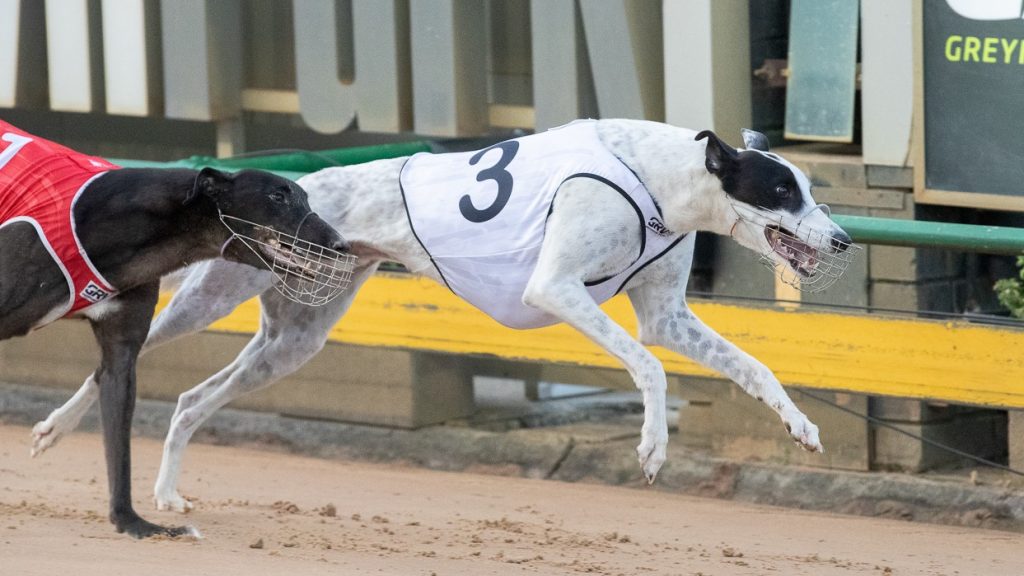 Stepping up to the 715m for the first time at Sandown Park, Here’s Tears showed good early speed to sit behind Front Page News through the first turn. Showing the same free flowing gait as his famous sibling, Here’s Tears soon found the lead and despite tiring late, stopped the clock in 41.55 ahead of the fast finishing and equally impressive Banga.

“Wait until he gets a few more runs underneath his belt,” said handler Jason Ireland.

“He trialled really well so, we knew he’d lead but it was a question of whether he’d hold at his first go. He’s got his brothers ability.”

Tornado Tears, nicknamed ‘Batman’ for his distinctive markings, came to Victoria after beginning his career in New South Wales. He twice broke 34 seconds over 595m before stepping up to the 715m and running 41.20 – the second fastest time ever recorded for the distance and the first of 10 victories (including three at group 1 level) over the trip.

Here’s Tears, nicknamed ‘Diamond’ for the distinctive black diamond marking on top of his head, also began his career in New South Wales before also moving to Robert Britton’s Lara kennels. He ran 29.84 over 515m on his Victorian, broke 34 seconds over the 595m distance before stepping up to the ‘half-mile’. And while his 41.55 winning time over the 715m journey was some five lengths off Tornado Tears’ gallop, it was the fastest time run in 15 months by greyhound not named Tornado Tears.

The win brought up a double for the litter and trainer Robert Britton with Tough Tears winning over 595m in the previous race.

It was one of three doubles on the night, with Melbourne Cup winning trainers Jason Thompson and Anthony Azzopardi also recording their first two city wins of 2020. 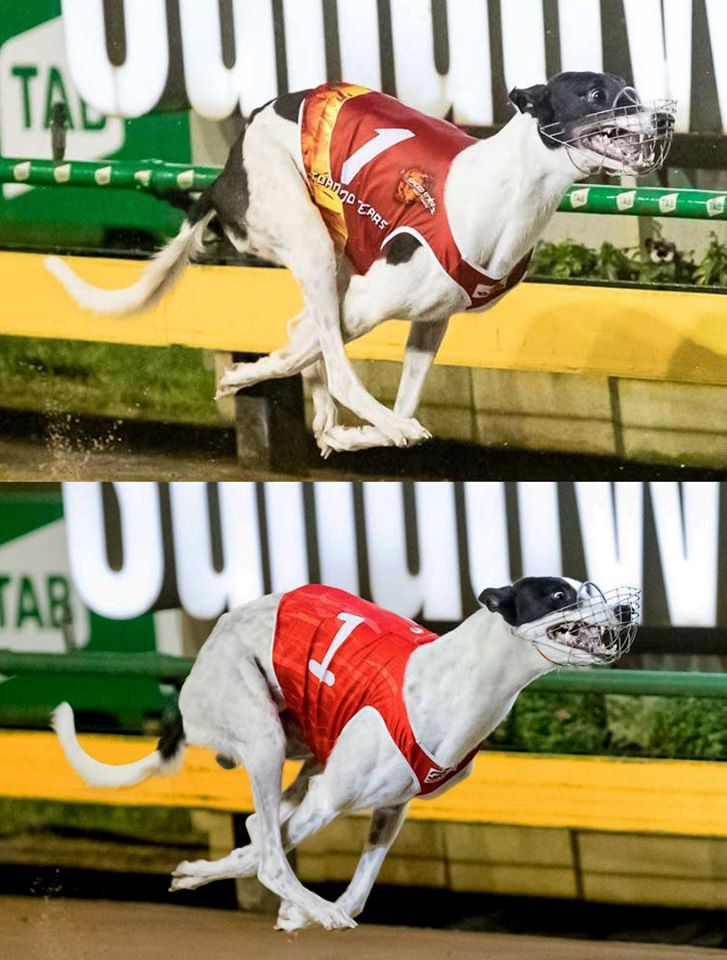