Meet our resident retirees, Sally and Tessie!
During the week they like to kick back at her trainer Yvonne’s pad, but on Thursday nights and Sunday afternoons they love coming to the track and meeting new people!

Make sure you drop by our foyer and say g’day to Sal and Tess! 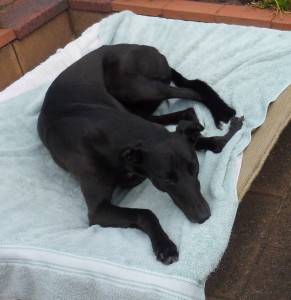 It’s fair to say that Sandown Park is one of Sal’s favourite places! During her racing career racing under the name Transam Sally, she raced here 65 times, winning 6 races and being placed another 23 times!

Even though she called it a day in October 2014, she still pops in and says hello to the staff that made her racing career such a happy time for her!

‘Firebird Tess’ only won once on the track but she wins hearts every night off it! The youngest of the our adopted triumvirate, Tess loves to meet people of all ages especially kids!

Want to make a greyhound a part of your family? Visit the Greyhound Adoption Program website at www.gap.grv.org.au. 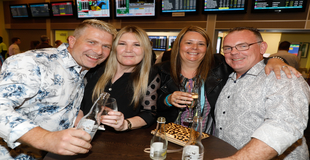 Crowds are welcome at Sandown Park with firm requirements.