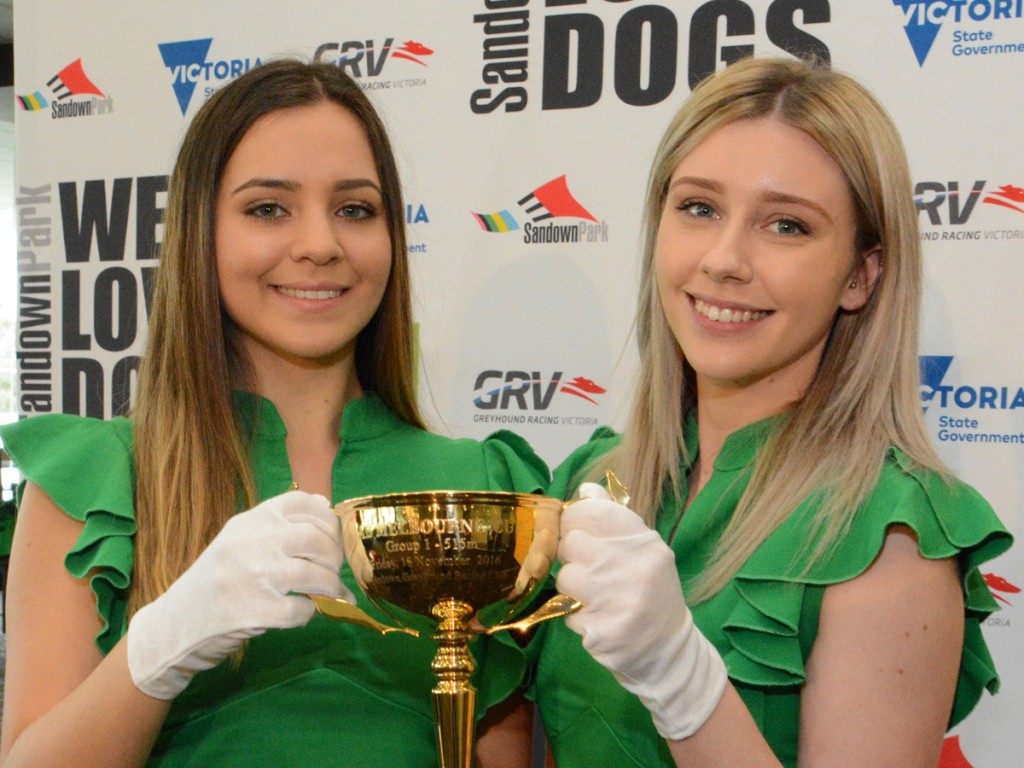 
Zambora Brockie has been installed the $2 favourite for the TAB Melbourne Cup after drawing box 3 in the $600,000 final.

The five time group race winner was the fastest qualifier from Friday night’s heats running a scintillating 29.055 seconds, and trainer Anthony Azzopardi was happy for his champion to be wearing the white vest in the world’s richest greyhound race.

“I was a bit worried about where Barton Bale would draw, I didn’t want to get him on my outside,” he said.

“But when he got the red it was bit of a relief so I’m pretty happy with the way it’s worked out. He pulled up terrifically, things couldn’t have gone better really. It’s just a thrill to be in my first Melbourne Cup.”

While Zambora Brockie looks well placed for the final, he will have to defy two recent trends – just two of the last 12 TAB Melbourne Cup favourites have landed the most sought after prize in greyhound racing, and no greyhound has won it wearing the white vest since 1995.

Star South Australian chaser and reigning National Sprint Champion Worm Burner drew box two, but there was no luck for the rest of the interstate raiders with Tripum (box 4), Ando’s Mac (box 5) and Outside Pass (box 6) drawing the squeeze boxes. 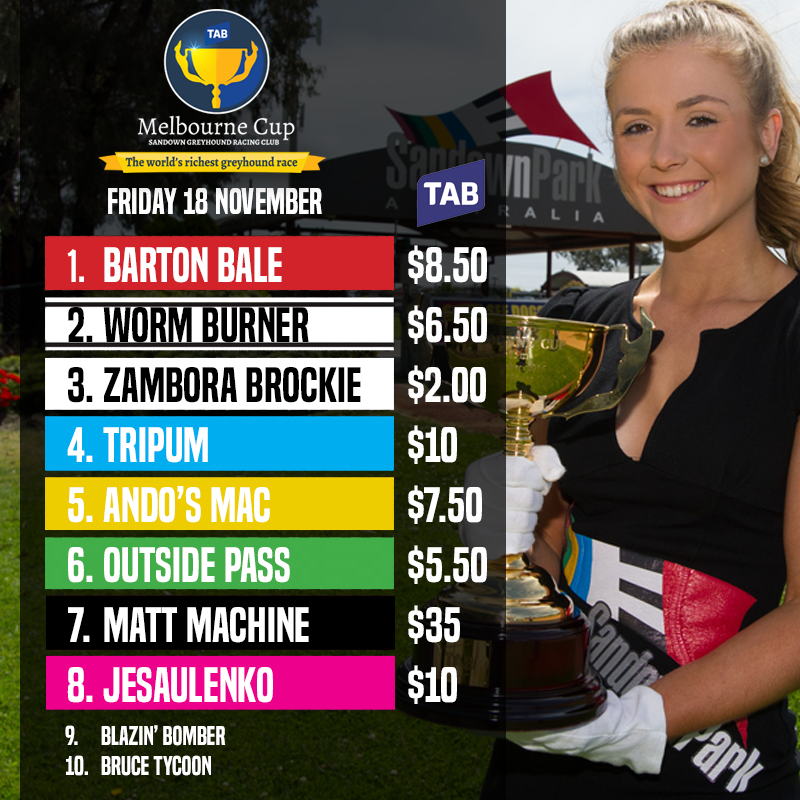 The TAB Melbourne Cup will be run on Friday 18 November. Gates open at 6pm and entry is free.

The box draw for the $145,000 group 1 Bold Trease was also conducted. Click here for the full box draw.

Click on the link below for a replay of each heat.

Mick Floyd is the Racing and Media Manager at Sandown Park. You can follow him on Twitter @mickfloyd