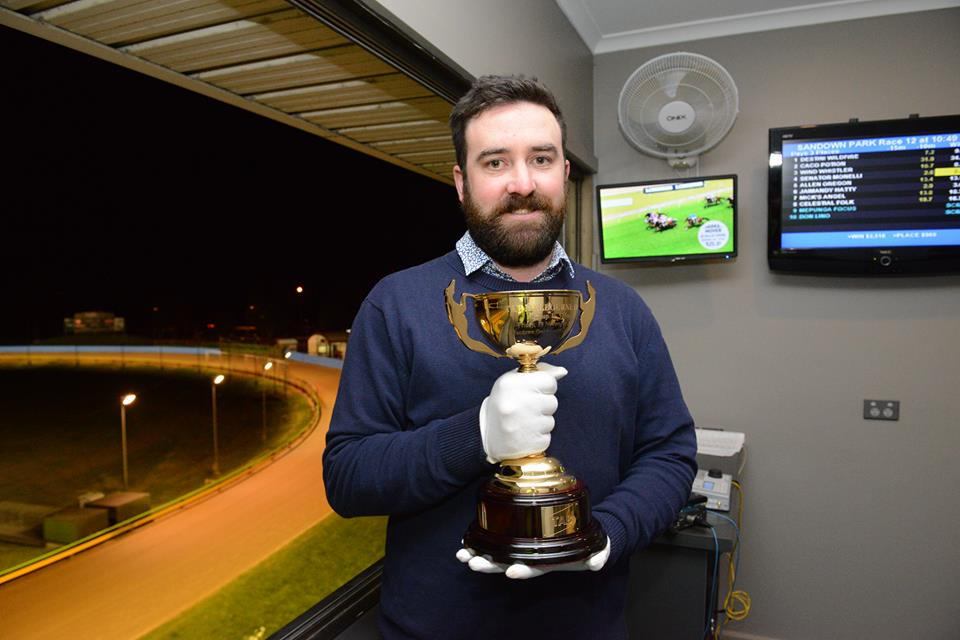 Calling the Cup of dreams a dream come true


Matt Jackson will fulfill many a race caller’s dream when he calls his first TAB Melbourne Cup on Friday night.

“I have known for about 3-4 weeks that I’d be calling it. I was pretty excited when first found about it, but I’ve tried not to think about it too much otherwise I probably wouldn’t sleep for the next week.

Growing up in a racing family in Echuca, Jackson has always had a love of racing. His family has owned horses for as long as he can remember, and has loved going to the races from a very early age. While he loved going to the races, calling the action was never something he contemplated until a visit to the trots trials at his local track.

“They asked me if I wanted to call some of the trials so I thought I’d give it a go.

“I went back the next week and they asked me again and it kind of progressed from there. After about six months I decided that it was something that I wanted to do.”

Victoria is home to some of the world’s best race callers, and as a result it can be a challenge for a budding young race caller to catch a break. However when veteran race caller Paul ‘Happy’ Hammon announced he was stepping down from the microphone, Jackson was presented an opportunity that he was quick to embrace.

“Basically RSN said there’s going to be some work but you need to learn to call the dogs. They gave me about three weeks notice so I went over to Shepparton and stood in the judges box and practiced. The dogs aren’t too dissimilar to the other two codes, it just happens a lot faster than the others.”

While the hype of the world’s richest greyhound race could be a distraction, Jackson is focussed on maintaining his normal routine ahead of his first TAB Melbourne Cup race call.

“I’m sure I’ll get a little nervous before driving down on Friday, but I’ll try and go through the normal routine. The big races do mean a little bit more because there’s more people watching and you want to be known as someone who calls the big races well. I’ve been lucky enough to call five group 1s this year and I feel like when I call a group 1 everything slows down which is probably a good thing.

“There’s going to be a lot of eyes watching so there’s a little pressure that way but I try not to think too much about it and just worry about doing the best job I can do.”

After calling the eight heats last Friday, Jackson thinks there’s a bit of value to be found in the $600,000 final.

“I’m keen on Barton Bale each way. I think he has drawn perfectly and I think he will lead so he is the one they will have to run down.”