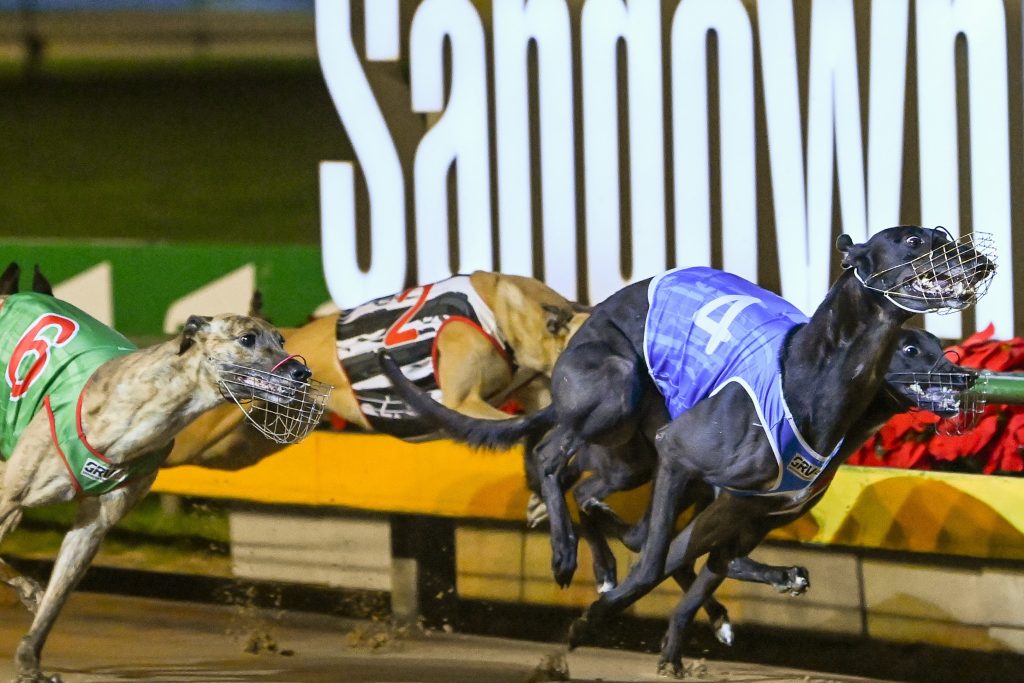 The four-time group 1 winner came up with box 2 for the $630,000 final, much to the delight of his trainer David Burnett.

“Happy as with the way the box draw has gone,” he said.

“I’m just happy to be in the race and hopefully it all goes to plan in the first 100m.”

Simon Told Helen had been favourite for the TAB Melbourne Cup since markets first opened in January before late support for Shima Shine firmed the day before the Cup heats. He was the $4.60 fourth elect prior to the draw but opened a clear $2.70 favourite following and has since firmed further into $2.50.

It was a different story for the fastest qualifier for Friday’s final, Tiggerlong Tonk, who drew box 8.

“Not the best, we wanted the rail,” said trainer Correy Grenfell.

“But he has run some good races from box 8 so hopefully we get a clear run and hope for the best.”

Tiggerlong Tonk was rated a $3.50 chance prior to the box draw before easing to $4.

Hard Style Rico (5), Tommy Shelby (6) and Shima Shine (7) all remain single figure odds in what is shaping as one of the finest editions of the world’s greatest greyhound race.

The TAB Melbourne Cup will be run on Friday 27th November. 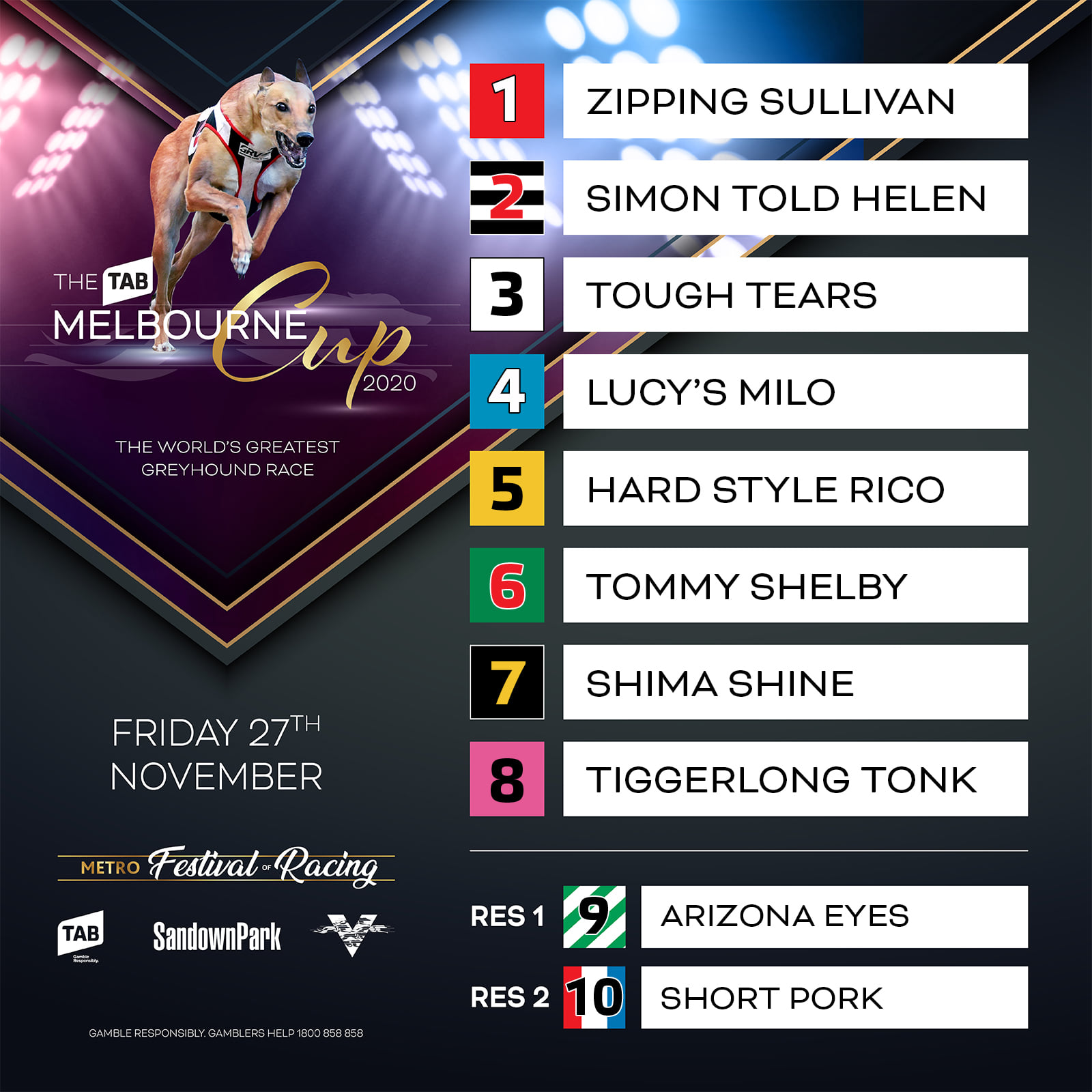