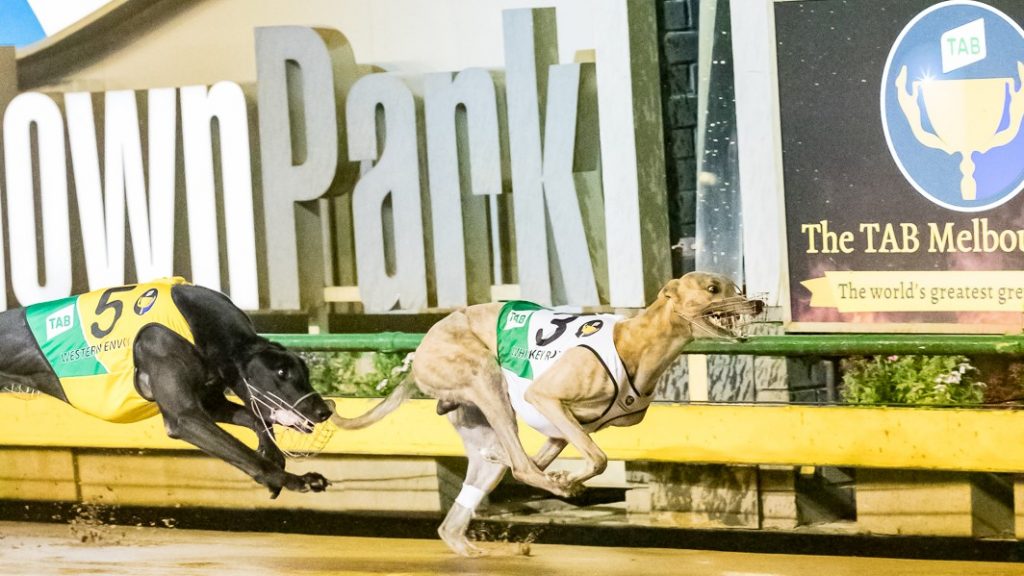 
If you needed any more proof that TAB Melbourne Cup night is the country’s premier night of greyhound racing, you need look no further than tonight’s Victorian Greyhound of the Year awards.

All three contenders for the 2020 Victorian Sprinter of the Year won a feature race on TAB Melbourne Cup night, while two of the three Stayer of the Year contenders did the same. The exception, Just Terms, ran third in the group 1 Bold Trease final.

The Victoria Greyhound Of The Year will be drawn from those six greyhounds in what is one of the most even crop of canine superstars in the 47 year history of the award.

The awards ceremony will be conducted online via the Greyhound Racing Victoria Facebook page from 8pm, but before you settle in to Victorian greyhound racing’s night of night from the comfort of your living room, lets take a look at the six finalists and their achievements through the 2019/20 season, and their performances on that memorable 2019 TAB Melbourne Cup night.

Statistics refer to their 2019/20 season only. Runners are listed in alphabetical order.

Victorian Sprinter Of The Year

Victorian Stayer Of The Year