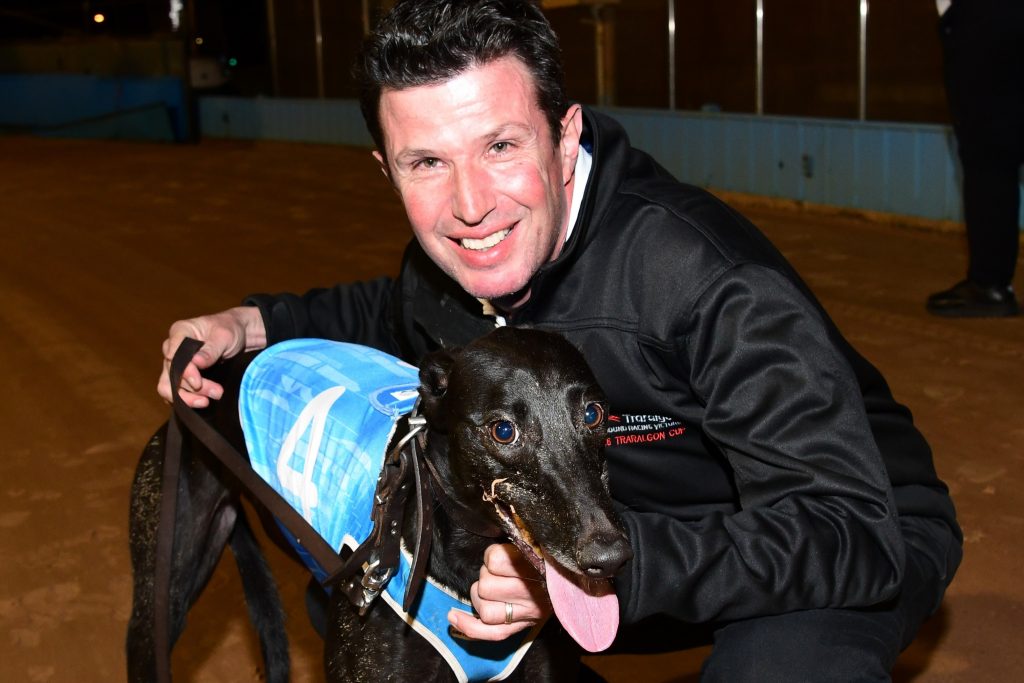 Robin Moore is gearing up for the biggest moment of his 20 year training career when Chart Topper steps out in Thursday night’s Sapphire Crown final.

Chart Topper was bred by Robin and his wife Michelle and is part of a small racing team they prepare from their Devon Meadows property. Thursday’s group 1 will be their first runner at that level, their previous career highlight was having a finalist in the 2016 Traralgon Cup with Amelia Christa, the mother of Chart Topper.

“We feel lucky just to have a runner that can compete with the best female sprinters – to be in a group 1 race is a dream come true.

“She had only her 12th start in her heat, we’re just blown away by her improvement. Six starts ago she was a maiden now she’s running in the biggest race for female greyhounds going around.”

Chart Topper qualified for the Sapphire Crown by running second to Madalia Maggie and on-track it was clear what it meant to Moore and his wife Michelle.

“We were very emotional and it was so unexpected. Michelle thought I was crazy for actually entering her in the heats. When she came out of the boxes last I thought we’ll have to start thinking about her next start. I didn’t fathom that she could qualify for the final like she did.”

Moore’s life around greyhounds spans two decades, a passion that began when helping out at Michelle’s parent’s property.

“They (Bill and Christa Blackledge) had a small property at Cranbourne. I used to help them out and from there I got really interested.”

But it was the end of another profession that encouraged Moore to pursue greyhound training. From the age of 18, he represented Australia in table tennis and toured the world before he was halted by injury.

“I was playing in Austria and snapped my achilles. I came home, had surgery then felt I might be past my best. It was then I thought I’ll give greyhounds a go.”

Away from the track he and wife Michelle hold the reins at Cranbourne Boarding Kennels. During an understandably tough period the experience of being in a feature event has proven to be a boost of enthusiasm.

Chart Topper opened a $12 chance with TAB in Thursday’s decider after drawing perfectly in box 1.

“She loves being on the fence so the closer to the rail she can stay the better. You’ve got to have luck and we’re lucky to be in it, we just hope she gets around safely.

“Black Opium is one of the megastars of the sport and she will be hard to beat.”

The night will also be highlighted by heats of the Harrison-Dawson for the male sprinters. They see some of the sport’s heavyweights engaged like Simon Told Helen, Tiggerlong Tonk and Fernando’s Riot just to name a few! Click here for more information