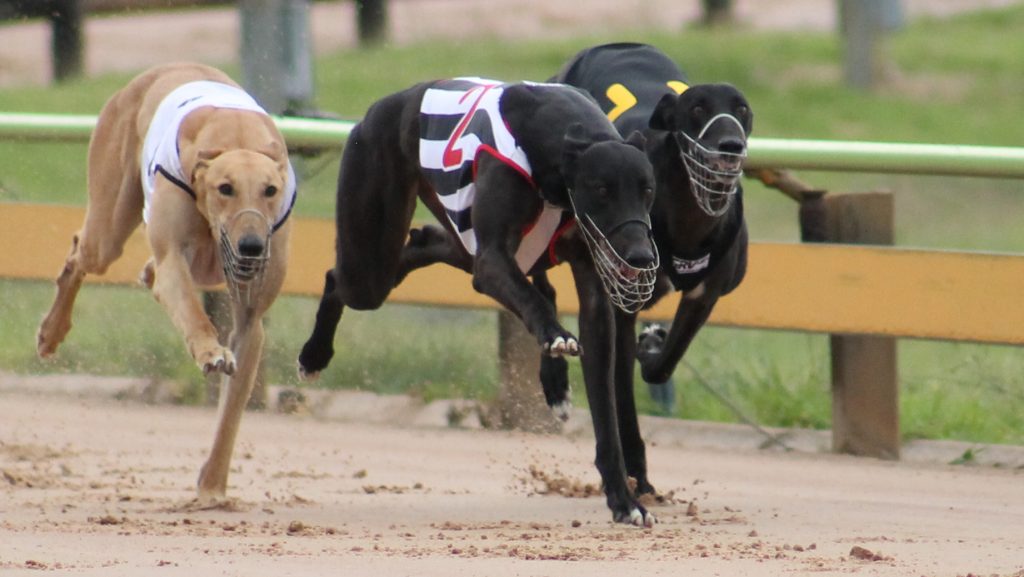 The team was set up six months ago by Ian Rilen and partner Leigh Howard.

“I’m third generation in greyhounds. My grandfather was a founding member of the Sandown Coursing Club. So it’s been in my blood for as long I’ve been alive,” explained Rilen.

“Leigh decided that we’d start branding and set up a Facebook page. We’ve now got a couple of owners and we’re all really enjoying it.

“There’s six in the race kennel, a few three month old puppies, two retired greyhounds, one brood bitch, and six 20 day old puppies. I’m a hobby trainer and we just basically do our own thing, plod along and hope for the big win one day.”

I&L Racing’s debut city start was courtesy of Little Big Shot (pictured winning a heat of last year’s Judy Hayley Memorial). He has only been in the kennel for two weeks after he was purchased by Steve Xerri, a relatively new participant in the sport.

“Steve came around to my house to build some retaining walls. He saw what we do here, and basically hounded me for a good two months to sell him a dog. He had a look around at a few other breeders, came back here and said, ‘I want one of your dogs and I want it to stay here.’ The first one was Go Zippy Go, he’s had four wins and placed in a further 17 from about 50 starts.

“He’s only a short course dog, but the owner’s been having fun with him, so much fun that he went and bought many more.”

I&L Racing is based in Langwarrin, where Rilen’s parents also live on the property.

“My parents unfortunately had to retire from greyhound racing due to Mum having lung and brain cancer. They’re currently living in a flat out on the back of my property here and I take care of them. Dad is a muscle manipulator so there’s greyhounds coming here all day every day of the week.”