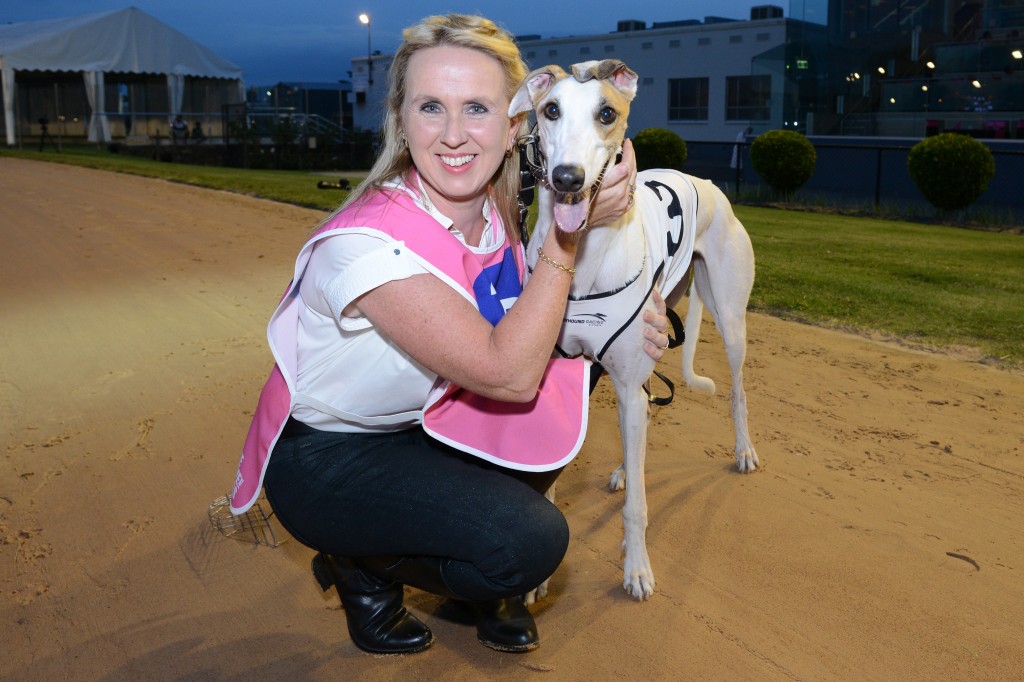 Named in honour of the Melbourne Cup winner trainer who sadly passed away in 2012, the Judy Hayley Memorial is open to lady trainers only and has quickly become one of Sandown Park’s marquee events.

“It’s a race that is a very special race on the calendar,” said Thompson.

“The race means the world to me. Judy was a beautiful lady and I was fortunate to know Judy since I was a little girl, so to win this race is very special.”

Despite only running second in his heat on Sunday, True Talent was well supported by punters and was quick to justify that support, breaking quickly from box 3 and racing to an impressive 2¾ length victory in 29.61. It was a remarkable victory for the greyhound many thought would never even reach the track.

From an outstanding litter that includes brilliant dual group 1 winner Out Of Range and Traralgon Cup winner Poke The Bear, the striking white and fawn chaser had numerous issues as a pup, making his first city win all the more remarkable.

Following the presentation, all trainers who nominated for the series were included on a Big Wheel for a chance to win a trip to Bali, with Elaine Johannsen winning the $15,000 prize.

The Judy Hayley Memorial is the feature event of the club’s annual Ladies Night. The “Frock ‘n’ Roll ‘n’ Party” night saw Sandown Park decked out in pink in celebration of women’s contribution to the sport of greyhound racing. Several fundraising activities were held throughout the night, with approximately $11,000 raised for Ovarian Cancer Australia and Safe Steps.