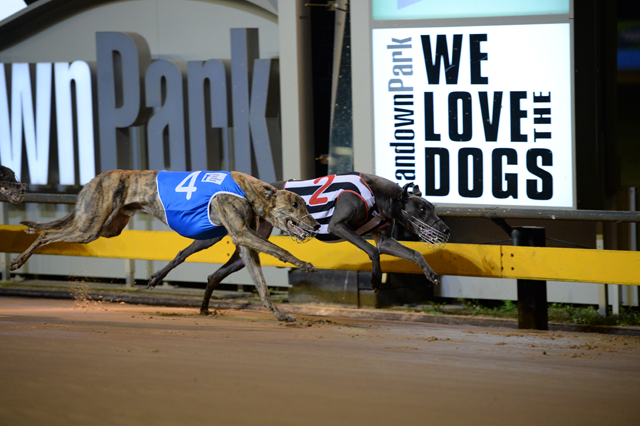 
Seven grade five heats highlight the fixture for greyhound racing at Sandown Park this Thursday night with the first set for decision at 7.08pm.

The opening race is heat one for the Grade 5 sprinters and likewise throughout most of the heats, the racing should be very competitive with many sprinters looking to crack their Sandown Park metro maiden. ABSOLUTE POWER has been trying desperately to find the fence early in his past few runs and he’s finally draws near the rails for the first time in six runs. From the alley I expect the Jason Thompson trained pup to prove a shade to classy and once again kick punters off on the right foot.

Easily in my top 10 of Victorian sprinters, MIDNIGHT RIDE looks set to show us all what he can do. His win three starts ago in the Cranbourne Puppy Classic heat was first class (RaceVideo) and I expect him to race very well in his assignment tonight with the near rails alley playing to his advantage. The promising DALGETTY appears as the main threat but I do believe if Midnight Ride gains a clear passage early, he will win.

The stayers go head-to-head in the sixth race and COME ON FANTASY looks set to run a cracking rails race from box one after a last start gutsy fifth over the 715m (RaceVideo). I’m also keen on the place chances of AKINA AKEIRA who should follow through along the fence. It may be a nice race for multiples.

The Free For All comes up as race eight on the program and there’s no doubt a few of these will be looking to post a fast time to secure a run in the inaugural Speed Star for the following week.

Racing is set to wrap up at 10.57pm so good luck and happy punting for what looks a competitive meeting of greyhound racing.