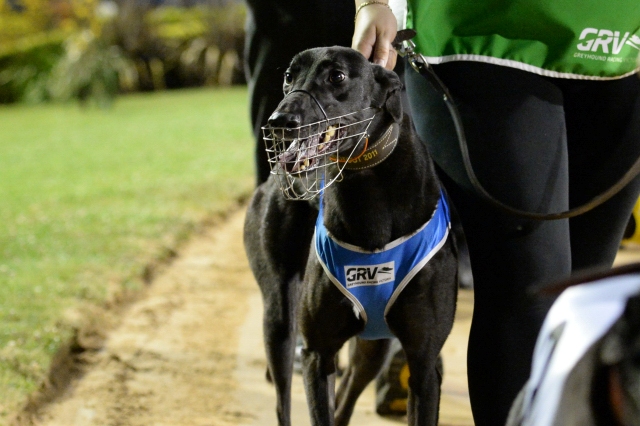 
At 7.08pm the future off metro greyhound racing go head to head in the maiden final which will kick start the 12 race card at Sandown Park this Thursday night. Spring Trail appeared the most impressive of the four heat winers running 29.69 for the 515m and after drawing box one, the result should be the same as his dominant heat win. (Replay)

Secret Spell bounced back to her best with a heat, followed by a dead heat win in a grade 5 series final over the 600m recently at The Meadows. After bursting onto the scene last year, the Kelly Bravo prepared sprinter was racing a shade below her best finding trouble and getting out paced early of late.(Final- Replay) (Heat- Replay)

The step up to the 600m was a great training move which saw her run some flying early sections and most importantly regain confidence which could the key to seeing her win again.

The stayers come together in the eighth of night and Starc (pictured) steps back up to the 715m which will suit. After having a slight break he’s had the four runs back over the 600m at The Meadows and appears ready and race fit to strike. He’s a winner of only six races but has been in the top grade since the early part of his career. At worst he appears a genuine place bet as he will be sure to hit the line strongly.

Closing out the program at 10.57pm, I’m keen on Cut Loose Max to produce a similar performance to his last outing which had him winding up second here last week. (Replay) After missing the kick last week he was doing by far his best work late and with a safe beginning the son of El Galo could prove hard to catch sending the punters home with the pockets full.

Watch: Secret Spell (6) dead heats with Emrys in a Grade 5 Final over 600m at The Meadows last Saturday night.