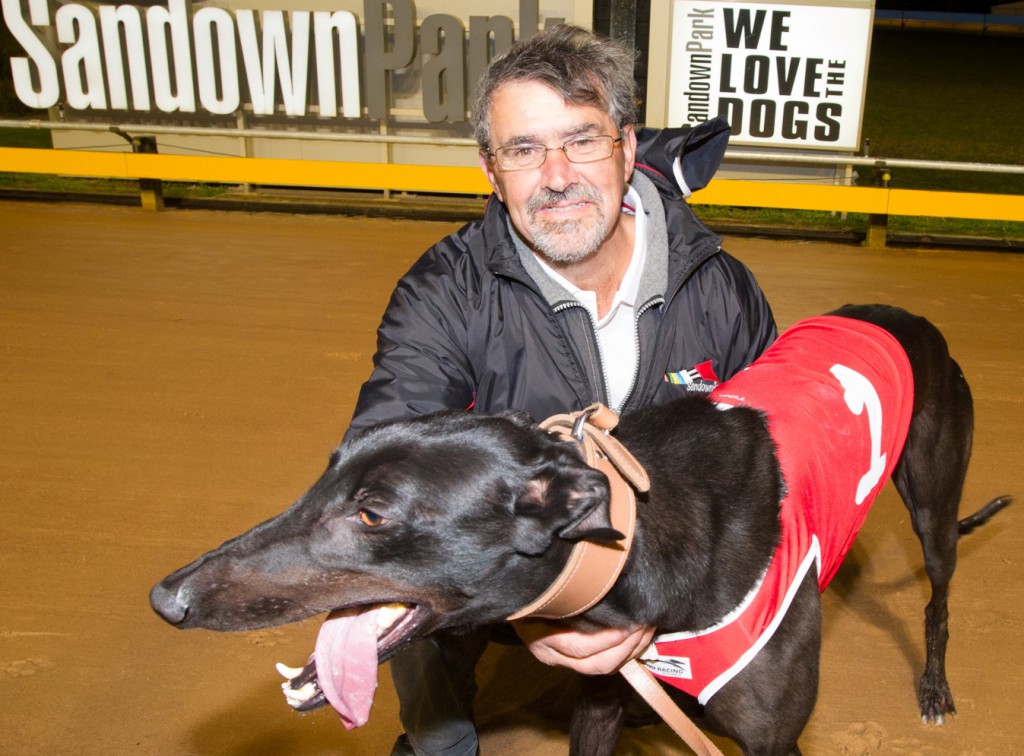 
Fever Pitch continued his meteoric rise with a barnstorming all of the way win in a heat of the $200,000 Group 2 Razldazl Launching Pad at Sandown Park tonight.

On a night that saw some of the country’s fastest young greyhounds come together to vie for a berth in one of the richest prizes in Australian greyhound racing, Fever Pitch showed why he is regarded as one of the nation’s most exciting chasers when leading all of the way to win his heat in 29.49.

“You never know how they’ll go over the 515m until you put them over the distance, but he was going so well at Sale and Warragul (over 440m and 460m) we were confident he’d adapt pretty well. I think he’s only going to get better with experience too.”

The Razldazl Launching Pad is restricted to greyhounds with 1-6 wins and no more than 30 starts. In a unique feature of the race, each berth in the heats required the purchase of an entry form. Sixty four Entry Forms went on sale in September and sold out in a day.

“I wanted to enter him in the Launching Pad but I didn’t have an Entry Form, so we decided to target the series Sandown ran in the lead up offering an Entry Form to the winner. The final of that series was a hot race and winning it took the pressure off trying to source an Entry Form.

“He’s done well so hopefully he can hold his own next week.”

The win was the seventh in nine career starts and enters Thursday’s final undefeated in three starts at Sandown Park.

Time honours went to Ballerino, winner of the night’s opening heat in 29.40. Odds-on favourite Allkel To Excel showed exceptional early speed to open a three length lead down the back straight before Ballerino displayed an impressive turn of foot to storm home and win by six lengths.

“He had me a little worried down the back,” said trainer Joe Borg.

“He’s quite strong but he’s only had the one start since November. We decided in January to hold him back for the Launching Pad, and while he’d only had the one start here he did have three trials in the lead up to make sure he was right for tonight. It’s a long way from Maryborough for a trial so I’m glad things have worked out so far.”

The aptly named Express Pace showed just that when winning his heat in 29.43.

Trained by former Victorian fast bowler Darren Pattinson and owned in conjunction with his brother, Australian Test fast bowler James, Express Pace showed both speed and strength to earn a tilt at his second Group title.

“The inside draw made a big difference,” said Pattinson.

“He didn’t go too well in his first start here, but I’d only given him a hand slip in the lead up and he got a little lost around the first turn. He’s really strong in the run to the line but he needed to step cleanly and that’s what he did tonight.”

Express Pace won the Group 3 GRV VBIS Maiden at The Meadows in March, and a win in the final would catapult his earnings to over $180,000 from just six career starts.

Just three lengths separate the finalists based on heat times ensuring an intriguing final. The Razldazl Launching Pad highlights an outstanding card of racing which also features the Listed $36,000 Easter Gift.  It is also the club’s annual Easter Kids Fun Night with a host of free activities, prizes and giveaways for the entire family. 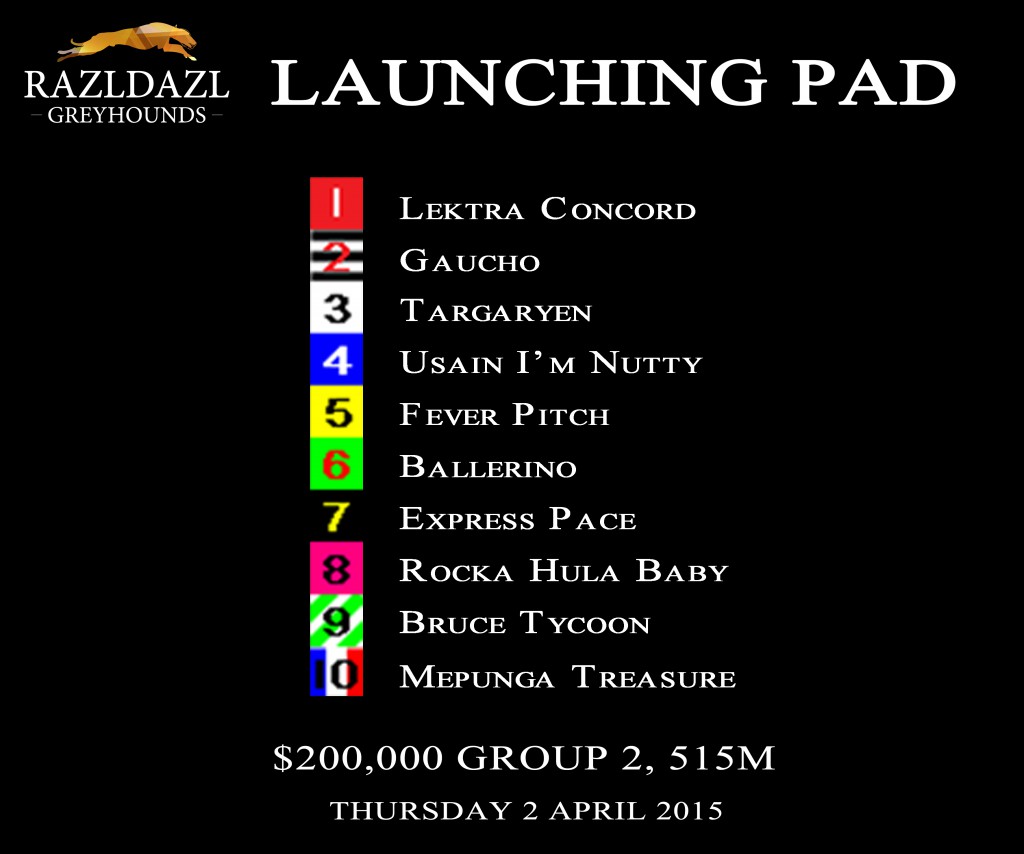