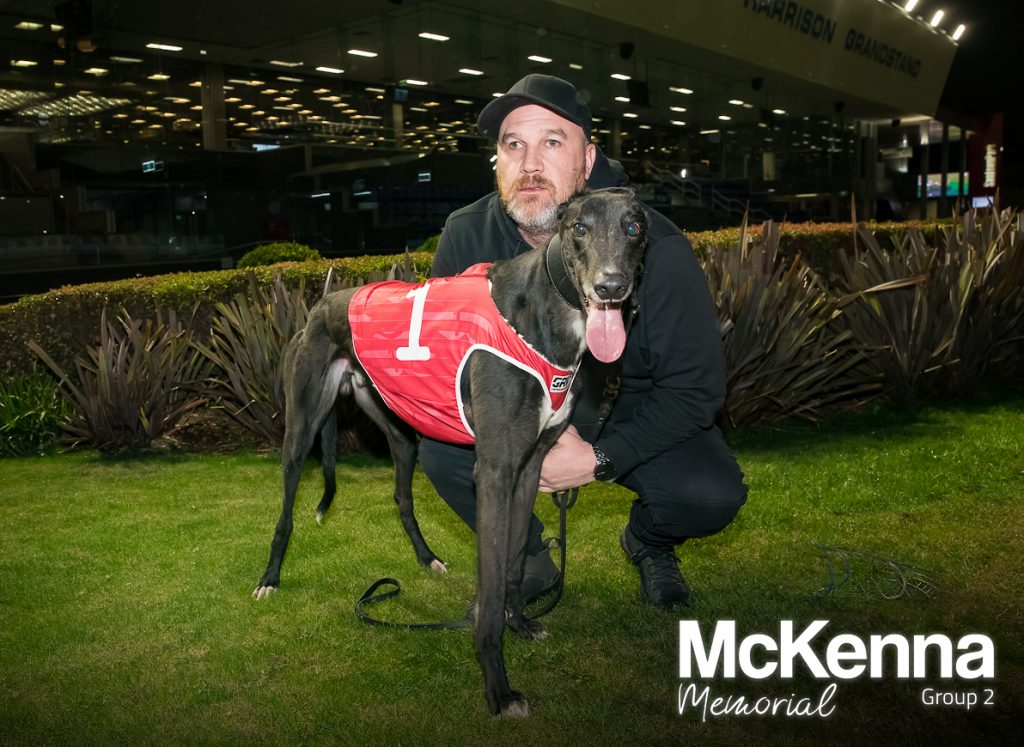 The extremely versatile son of Aston Dee Bee led from the inside draw and was never headed as he cruised to a 34.12 triumph over Whatever I Say and Mepunga Warrior. The win was his 26th from 73 starts.

Trainer Paul Abela was a relaxed man once his boy ‘Frankie’ took control.

“I think he’s only been run down once over the 600m and that was in the Rookie Rebel,” he said.

“Once he hits the front I’m actually pretty confident that they won’t run him down. He’s a big 37kg dog so once he gets to his spot it’s hard to move him out of the way.”

The victory pushes Aston Ulysses’ total winnings over $200,000 and, incredibly, he has never won a Group race – despite making five finals.

With the McKenna Memorial series coming up in two weeks, Aston Ulysses is presented with another opportunity to end his pursuit for Group success.

“The McKenna is the next goal. There’s a few 600m races coming up and he’ll be competing in all of them.”

“It would be great (to win the McKenna Memorial) but it’s not about me or my Mum and Dad, it’s about the dog. The dog deserves a good race. He’s made every 600m race there is, but he always draws poorly.”

Abela is hoping that ‘Frankie’ finds some fortune in upcoming box draws.

“He’s the most honest dog I’ve ever trained. He’s a big gentle giant and he deserves some success.”

Heats of the Group 2 McKenna Memorial will run on June 30 with the Final on July 7.

Later in the night, up-and-coming Britton star Scofflaw flew out from Box 8 and set a best-of-night 29.39 in tricky conditions.