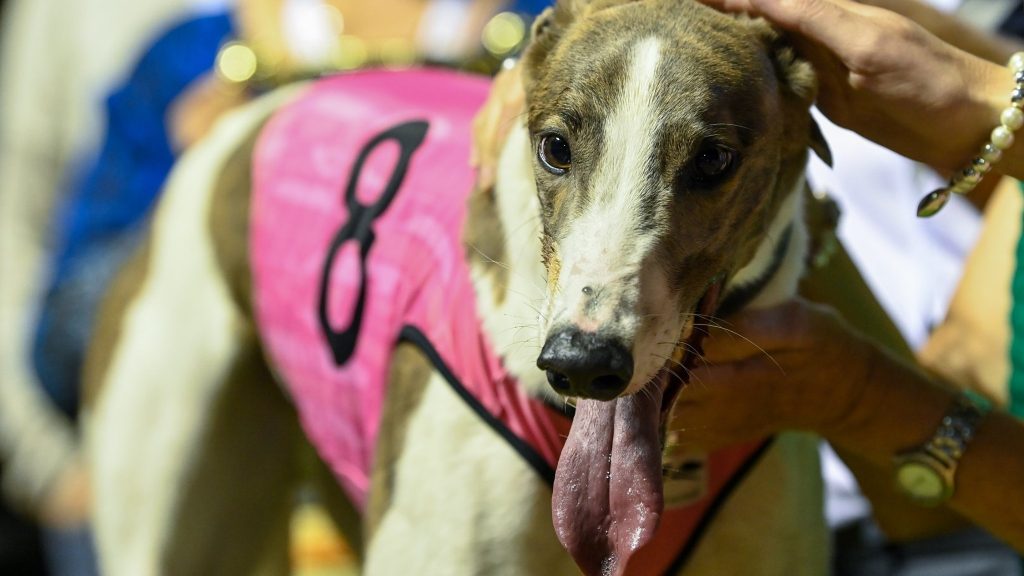 He’ll jump from box 7 in race 5 and will need to overcome a quality field with the likes of Speed Star winner Aston Rupee and Australian Cup finalist Shima Classic engaged.

“We’re going to have to be in front. If he is, his run home obviously isn’t going to be super strong but at this stage I think he can run 29.50. We know Aston Rupee, Time For Peace and even Shima Classic are capable of running low 29s,” said trainer David Geall.

“I think he’ll get stronger but it might take a couple of runs. He puts everything he’s got into his races and leaves nothing in the tank.”

He’s got a sublime record of 23 wins from 41 starts and over $200,000 in earnings however has never raced over more than 460m. Geall said now is the right time to step up with the upcoming Maturity series at The Meadows the target.

“We’ve got Maturity in mind, so that’s the only reason he’s stepping up. If the Maturity wasn’t on we’d continue to target the provincial circuits.”

It’s not the typical routine going from Shepparton on Monday to Sandown on Thursday but it’s one Geall thought was required.

“There was some method behind the madness. He trialled at Geelong last Tuesday and I felt the 9 day break would be too much. In that trial at Geelong he didn’t go well, he went 25.84 which is not what we expected.

“I thought if we’re going to go to Sandown, we need to make sure everything is right. A short race was going to tell us that. We were worried about that trial at Geelong but in hindsight he just finds his best when against competition.

“I’ve learnt that with this dog as time has gone on.”

Immediately following Ferdinand Boy’s race Geall will be getting set to rug up Bounce Back in the McKenna Memorial final.

“No good, no good,” he said when asked about Bounce Back’s draw in box 6.

“I felt we needed 1, 2 or 3 to be a genuine chance. The field is so good he won’t be able to get across and lead but he’ll give everything, he’ll have a crack.”