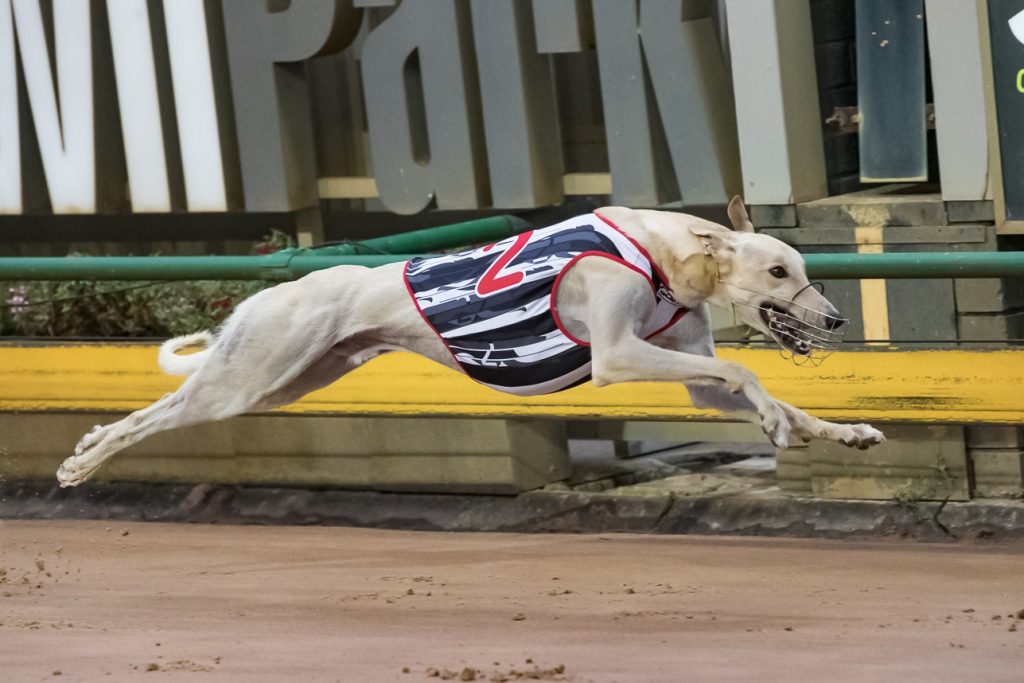 Matt Clark is ‘nervously excited’ about the chances of his star litter-brothers Catch The Thief and Playlist at Sandown Park tonight.

Speaking to the Early Mail on RSN’s The Breakfast Club, Clark said that TAB Melbourne Cup favourite Catch The Thief was well drawn in tonight’s Prelude (race 8), a race that he’s lining up in as ‘insurance’ in his preparations for the world’s greatest greyhound race.

“He’s going very well. He’s primed, he’s been set for this time of the year,” he said.

“He had bit of a hiccup in the Geelong Cup last week but he met a couple of very good dogs like Simon Told Helen, but he’s come through that race really good and now is all eyes on the Melbourne Cup.

While Catch The Thief has been well supported in tonight’s TAB Melbourne Cup Prelude ($2.40 -> $2.20), Clark was at pains to point out that Catch The Thief can never be dubbed ‘a good thing’.

“He’s certainly well drawn tonight (box 2) and it’s a winnable sort of race but there’s a couple of smart ones either side of him so he needs to be on his toes.

“These races are hard to win, you’ve got to do everything right. If there’s one chink in his armour is that he can miss the start. He’s done it his whole career, but he hits the ground and explodes – his best section is from the winning post and the top corner and that’s where he breaks their hearts so he does rely on a bit of luck.

“That’s why I say he’s no good thing tonight – he’s no good thing in any race because he can miss the start – but he’s a very good dog all the same and he’s becoming a better race dog. While he’s lost a bit of his early pace, if he does miss the start it’s not all over for him because he’s the type of dog now that can put himself into the race and still pick them up and win.”

Earlier in the night, Clark’s group 1 Peter Mosman winner Playlist will continue on a different path TAB Melbourne Cup heats as he again steps out over 595m.

Guaranteed a berth in the Cup heats on Friday November 20 by virtue of his group 1 win, Playlist was caught on the line on his 595m debut before winning impressively over the trip last Thursday night.

“He’s Melbourne Cup bound, but I’ve always said the dog’s future is over the distance and since he stepped up he’s really found his form.

“He’s a really good chance tonight (race 4), he’s just got to negotiate box 5. If we can overcome that, he’s a front running type dog and looks like he’ll find the front again tonight. Assuming nothing goes wrong, he should be hitting the line hard.”

When pressed as to whether he was nervous or excited about his prospects chances tonight, Clark was non-commital.

“I’m not a big punter – these races are worth six and a half thousand so I’d just be happy to see him win. (Catch The Thief) is probably the better value of my two runner tonight, so I’m nervously excited!”