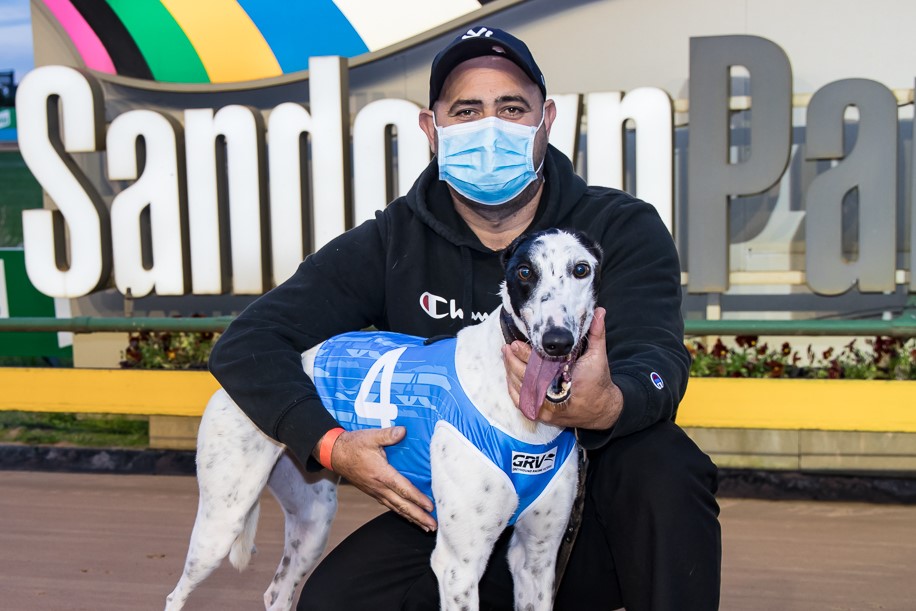 ‘Ralph’ is quite the Lad

McCooly’s Lad confirmed his standing as one of the country’s hottest prospects after a brilliant 29.09 victory at Sandown Park last night.

“I didn’t think he could run 29.09,” said trainer Anthony Azzopardi.

“The penny has finally dropped with this pup, and it’s pretty exciting.”

McCooly’s Lad’s rise to prominence has been as remarkable as it has rapid. ‘Ralph’ recorded the fastest ever maiden win at Bendigo at the start of October and entered the TAB Melbourne Cup market as a $71 outsider. Now after six just career starts and four consecutive wins he has firmed to $17 to win the world’s greatest greyhound race, sharing the third line of betting with some of the sport’s biggest names including dual group 1 winner Black Opium, Million Dollar Chase winner Handsome Prince, and Speed Star winner Christo Bale. It’s a rise that has even surprised Azzopardi.

“He was a nice pup but nothing flash. We put him in pretraining and was going fair without getting too carried away.

“I gave him a week off and a bit of work at home and he just went from something not too bad to something pretty special pretty very quick. I’ve never had a pup go from pretrain to what he is now so quickly, it’s just amazing.”

Amazing enough for a tilt at the TAB Melbourne Cup, a race Azzopardi won in 2019 with Whiskey Riot?

“It’s something I need to speak to the owners (Darren and Michael Puleio) about, I was just concentrating on tonight to be honest. It’s a big ask for a 20 month old pup, but… he might be in it. We’ll have to talk about it and weigh everything up.”

Azzopardi made it a winning double on the night when Short Pork saluted in the Free For All, shaving two lengths off his previous best time in running 29.22. Short Pork has already qualified for the TAB Melbourne Cup heats by winning the ’50 Day Countdown’ and will be set for those heats to be run on Friday, November 20.