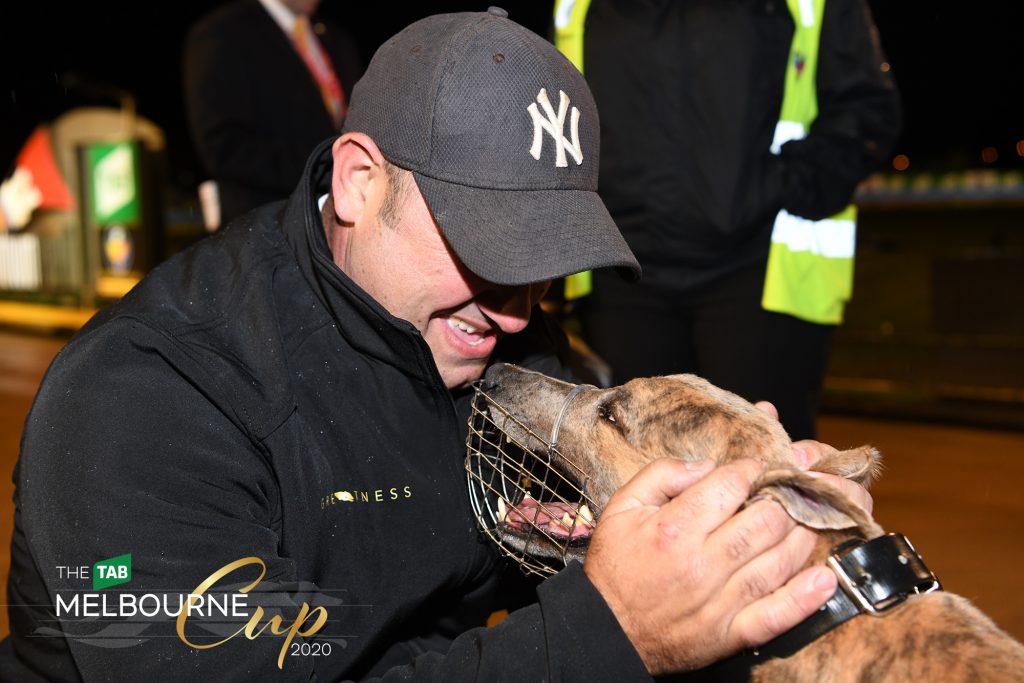 A year on and Azzopardi is still living the dream

Ask Anthony Azzopardi about winning the TAB Melbourne Cup and a broad grin sweeps across his face.

Almost 12 months after Whiskey Riot won the closest Cup final in the race’s 65 year history, the thrill of claiming the world’s greatest greyhound race remains fresh in his memory.

“It was an unbelievable night,” he said.

“The whole build up to the final is like no other race in the world. The whole experience is special. It starts with the build up to heats night – which is the best night of racing of the year – and the feeling when you win a heat is almost surreal. But then the whole week building up to the final is a lot of fun. It’s hectic with all the events and media but it’s all part of it and what helps make it what it is.”

Azzopardi is no stranger to success at group level. Heading into the 2019 Melbourne Cup, Azzopardi had won 14 group 1 races the majority of which coming since moving to Victoria from New South Wales in early 2016. He had contested two Melbourne Cups previously – with Zambora Brockie in 2016 and Raw Ability in 2017. Both greyhounds were multiple group 1 winners and neither run a place in the final, highlighting how difficult it is to win the race.

“The Melbourne Cup is a race I’ve always targeted – I’m sure most trainers do. The best dogs from around the country are all there so just to make the final is a huge achievement. But to win it, it really is a dream come true. The great dogs win it, the great trainers win it, and to have my name next to them and to share the experience with my family and great friends is something I’ll always remember.”

Whiskey Riot’s form line leading into the Melbourne Cup series was strong. He was caught late in both the group 1 Adelaide Cup and group 3 Shootout by Hooked On Scotch, the greyhound which set the track record in his own Melbourne Cup heat and would start favourite in the final. After defeating boom sprinter Simon Told Helen in his heat, Azzopardi’s confidence grew further after drawing box 3 in the final – despite the box not producing a Cup winner in 24 years.

Whiskey Riot began quickly in the final to lead through the first turn but was soon put under pressure from Western Envoy crossing from box 5. Less than a length separated the pair throughout in an epic battle, and they hit the line together – Whiskey Riot prevailing by a nose and cementing his place in the history books.

“I thought he held on, but I wasn’t sure. When his number finally went up on the semaphore board, the emotions really came out. I was excited and relieved, but probably more than anything I was proud. All the memories of when I started training, working with my dad and thinking how proud he’d be, my family and the work we’ve all put in to be where we are now. It’s hard to put into words, but it’s something I had dreamed of since I was little so to finally win one was just amazing.”

The plaudits for winning the world’s greatest greyhound race didn’t with the handing over the distinctive gold Cup. Whiskey Riot went on to be named the Victorian Greyhound of the Year – the 10th Cup winner to receive that honour – and like so many Cup winners before him, has now embarked on a promising stud career.

“I don’t think I’ll ever get used to that title,” he said.

“It takes a special dog to win a Melbourne Cup, and ‘Red’ was very, very special. But we’ll keep trying to get there again.”

Race 7: Aston Pilsner (box 7): “I really like him from box 7, it suits him. He can cross from out there and if he does he’ll be hard to beat. He’s definitely the better of the two.”

Click here for your free Watchdog form guide. You can watch all Victorian greyhound racing free on the Watchdog App.