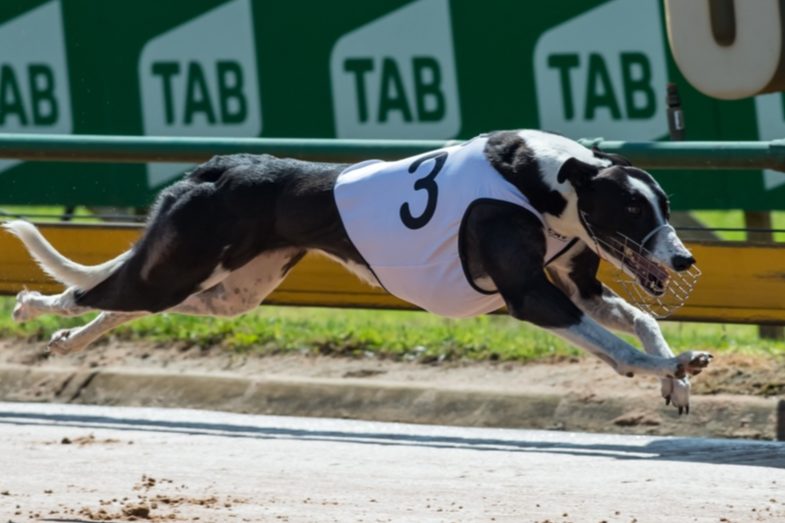 Outside of a feature race meeting this is one of the strongest cards I’ve seen. Earlier today on RSN heavyweights of the meeting joined Gareth Hall to discuss their interests for the night.

Jeff Britton was first up and elaborated on his chances.

Race 1 – King I Am, Mepunga Katie (pictured) and Twin Pick

“If she (Mepunga Katie) can step again she will go very close.

“I’ve got a feeling he (King I Am) could lead this race, if he can do that he’ll be every chance. Mepunga Katie is stronger but she might have to work out how to get around him. It’s hard to pick one but there’s better value with King I Am.”

“He’s not a great beginner and the draw isn’t ideal. He’ll need the fence, if he finds it he will be running on.”

Race 12 – Weblec Smoke
“He’s consistent but I think he’s a place chance in that race. Frank’s Girl went well on Sunday so I’m not sure he can beat her.”

Jamie Ennis was in the next cab off the rank.

“I’d say Palace Lady looks like she might be able to find the front in that race. Lord Disick is a wide runner but he has got ability but he’s still learning the caper. Jax Bale looks like he’s going to get the right run and be hard to beat.

“She’s (Palace Lady) a little bit over the odds, she did trial a lot a lot quicker than what she won in first up, I’m sure she’s going to make a solid dog in future.”

“He’s (Mullion Mayor) drawn wide again, I’m just waiting for an inside draw. He’s racing really well and he was unlucky at The Meadows, I thought he should’ve won the race. It’s a class rise and it looks like Awesome Catch will be hard to beat.

“We’ve also got Durant in that race, he might find the fence and is the best of the two of those.”

Gareth Hall said “I sacked Durant, but we’re giving him another chance are we?”, Ennis then replied “It’s great that you sacked him because he’s won two in a row since then.”

“Palace Lady looks my best chance, and I’d be inclined to have more on her to place. I’d be backing Jax Bale in the race if I had to have a bet.”

Pro-punter Troy Little then got on the air waves to share his thoughts.

“He’s been flying around The Meadows. He put in a nice run last week but just got lost on a couple of turns. I think he can punch forward, sit behind the leaders and be too strong if he gets to a clear 2nd or 3rd.”

“He’s drawn well tonight, if he begins nicely he can posi up near the lead. He’s a very strong dog and the Camilleri kennel has been flying since they’ve come back from the canine virus so I can’t see why this dog won’t run very well.”

That’s their thoughts, if you’d like mine you can see a preview of every race on either the TAB app or Watchdog app.