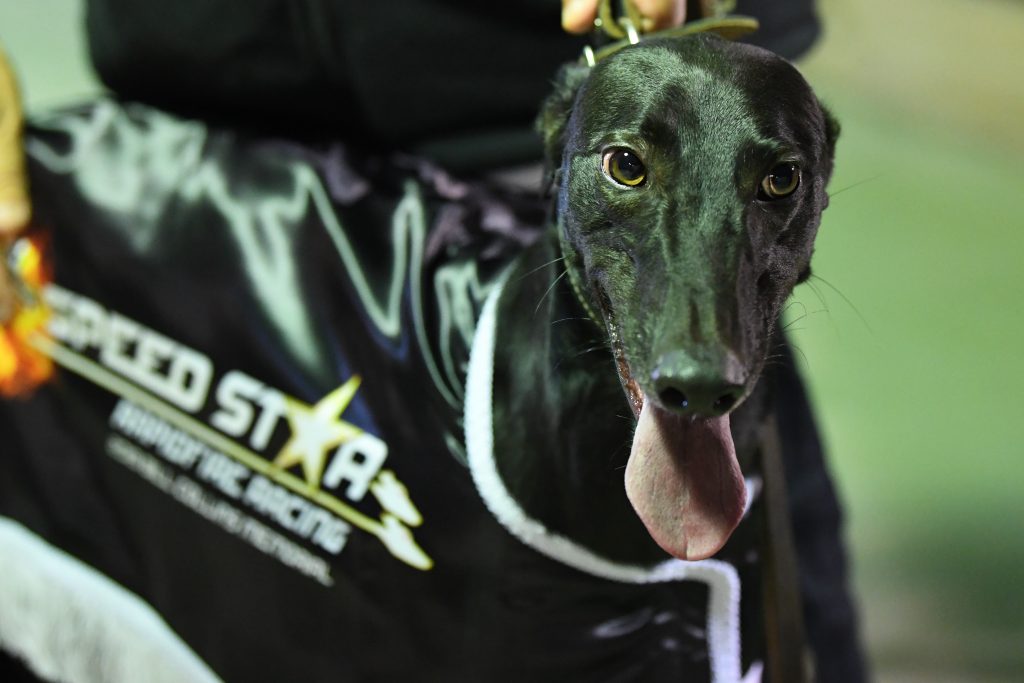 Drawn on the outside of Southern Ripple in his match race, Flynn pinged the lids to record a slick 5.069 to the first mark and open a two length margin over his rival. Southern Ripple was gallant in his pursuit but had no answer for the flying Flynn, going on to record a fourth length victory and land the $20,000 cheque for running the fastest time of the series as well as $5000 for winning his match.

Winning trainer Harry Manolitsis couldn’t have been more proud of his charge.

“I was very pleased with the dog,” he said.

“The match race series is a great concept, and for a young and inexperienced dog to take out the group 3 race is very pleasing.”

It was the biggest win of Flynn’s 14 start career and now has Manolitsis eying group 1 glory with his brilliant pup.

“I was thinking the Harrison-Dawson but wanted to see how he went tonight.

“He really had to run around 29.20 or thereabouts to be competitive in a group race taking on the more experienced dogs. I’ll speak to my wife who co-owns the dogs with Charlie Meo and we’ll consider it.”

In the opening match of the Bill Collins Speed Star, Vital Force landed a big plunge by defeating Belt Up Bubbs by half a length 29.552, while in the final match the youngest greyhound in the series Eight Ball defeated the oldest dog in the series Lagoon Rhett by 3¾ of a length in 29.374.

Click on the link for a replay of the match

Much of the talk leading into the Speed Star was around which series Grenfell would target with his versatile star. Dyna Chancer was a leading qualifier for both the Race Callers and Lizrene series, and despite two thirds of fans online believing the 595m would be the better option, Grenfell nominated for the Lizrene and saw his faith rewarded with the greyhound’s first group race victory in 10 attempts.

His match against Boom Down was a match of contrasting racing styles – Dyna Chancer blessed with early speed, Boom Down a powerful finish – and that’s how the match played out. Dyna Chancer began quickly and carved out impressive splits to establish a big break before Boom Down began to close the gap with a lap to go. Turning for home, Boom Down had all of the momentum but in a repeat of their most recent encounter, Dyna Chancer dug deep in the run to the line to hold on by ¾ of a length in 41.574.

“He had to dig deep,” said Grenfell.

“To show that speed and have a dog like Boom Down on his tail – he probably stuck close enough and I was a bit worried in the closing stages – but he just all heart this dog and he just keeps on finding.

“That time is probably his PB and he just keeps getting better with age.”

It was Dyna Chancer’s third match race victory – equalling Dyna Patty and Not Available’s record – and became the first greyhound to win a match race over multiple distances. Grenfell will now head towards the heats of the RSN Sandown Cup – the world’s richest race for stayers – full of confidence.

“I think leading into the Sandown Cup it’ll be a good preparation.

“We will probably have another run before the heats, possibly drop him back to the 600m just to keep a little bit of run in his legs. He’s got the fitness to go back to 715m, now we just hope for the best.”

Boom Down recorded the second fastest time of the series ahead of Zipping Gallon who won his match by 5 lengths over Soda Flakes. The night’s final match was also the closest, with Rajasthan defeating Peppertide by a nose in an intriguing match that saw the lead change three times during the match.

Click on the link below for a replay of each match

Neo Cleo showed her customary early speed to sweep around her rival and storm to a 4¾ win. Her time eclipsed Apex Within’s 34.222, Blue Shadows defeated Blue Striker in in 34.276 in the third match, and series favourite Ella Enchanted could only record 34.018 against She Will Bloom in the final match giving Neo Cleo her second group 3 title in as many starts at Sandown Park.

Neo Cleo has found a new lease of life since joining Robert Britton’s kennels. A winner of each of her starts for the Lara mentor, the 41 month old’s time was just 0.012 seconds outside the time she recorded in the corresponding series last September. Ella Enchanted ran the second fastest time in as many Speed Star series, with She Will Bloom running third.

Click on the link below for a replay of the match

Dyna Patty lights up the clock!

Dyna Patty became the fourth greyhound to break 29 seconds at Sandown Park with a brilliant 28.999 run to win a Speed Star Consolation.

Gaining a start in the consolation after Flynn was promoted to the Bill Collins Speed Star, Dyna Patty franked her Warrnambool Cup win with a dazzling display of speed and strength. The Speed Star series VI winner clocked 4.981 for the first split – just the third greyhound to better 5 seconds in a match race – before breaking Smart Missile’s record of 29.006 for the fastest time ever recorded in the format.