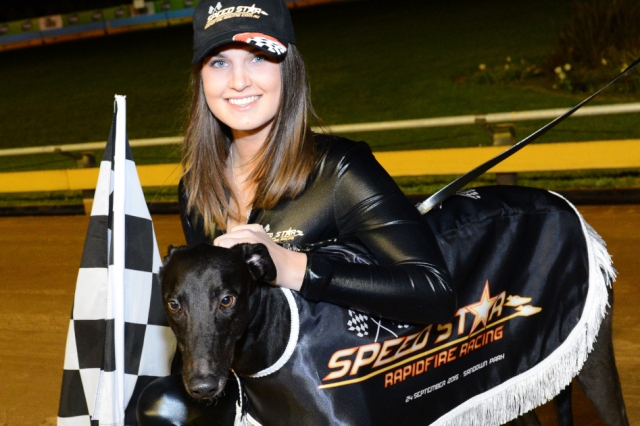 
As the Melbourne Cup draws to within a month, some of the fastest greyhounds in the nation head to Sandown Park to position their assault on Australia’s richest race.

I intend to open the pocket in the second event with He’s Ma Bro, who’s drawn suitably in box eight. The young budding stayer hit the line with good momentum in his heat placing (Replay) and given a clear run early, he should be right in the finish.

Captivating and Zipping Chubbz look set for a terrific battle in the third event and I’m swaying toward the Jason Thompson trained Captivating who quite simply has the better early speed.

The four preludes of the TAB Melbourne Cup must be watched closely as some supremely talented sprinters look to assert them self into Cup contention. Smart Missile is racing for the first time since setting Sandown Park alight in the innovative inaugural Speed Star series last month, and he will jump from box three in the ninth prelude which comes up as the eighth race on this thrilling program.

In the ninth event I’m expecting Diego Bale to go very close to winning with a wide runner drawn his outside, which will assist his run to first bend immensely. The main danger is Caustic Bale, who seems to race very well when he finds the rail early.

Abscond rounds out the night with box one in the last. The Rob Britton trained former Sydneysider possesses good early speed as a rule and he handled box one to perfection at The Meadows four runs ago with a 30.37 win (Replay). With the advantage of the rails draw and also the lack of early pace, I’m expecting a big performance from the son of Nitro Burst.

That’s the preview for Sandown Park so good luck and happy punting!

Watch: A recap of the inaugural Speed Star series held at Sandown Park on September 24.
< Previous
Next >