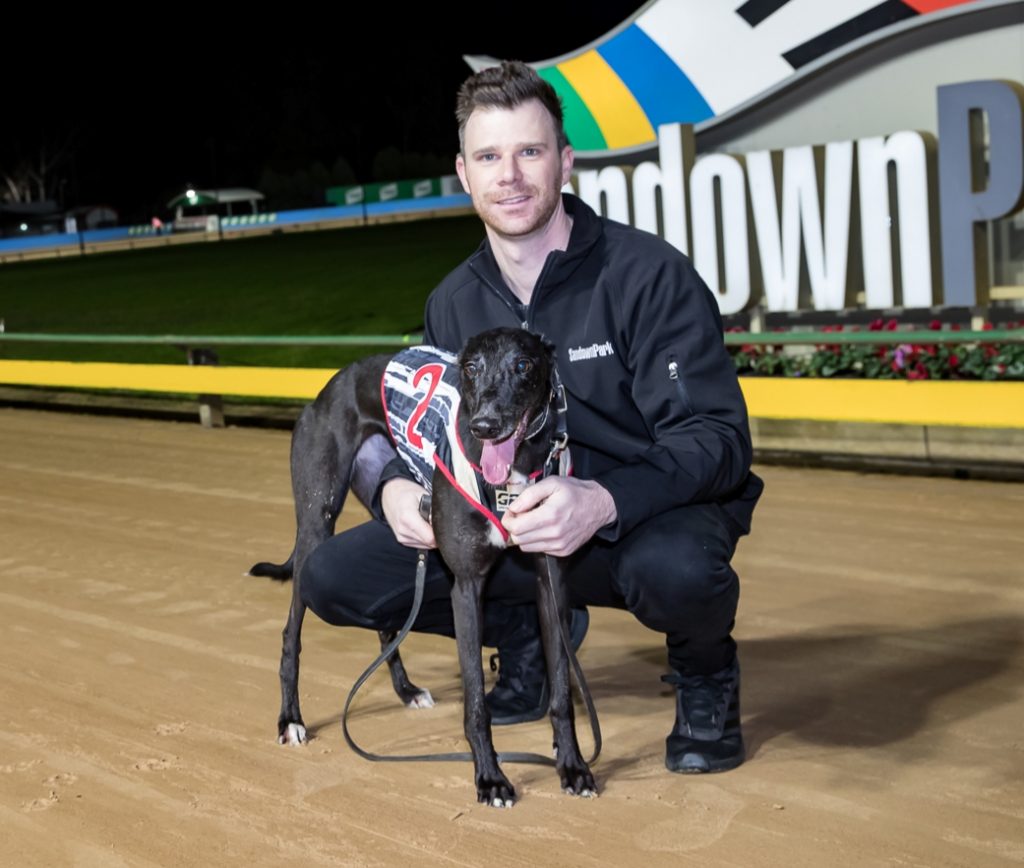 Cawbourne Roses comes from the clouds

Powerful sprinter Cawbourne Roses gave fans something to cheer on a chilly Thursday night at Sandown, coming from over 10 lengths away to steal a nail-biting victory on the line.

Jumping as the $4.00 favourite on TAB, Cawbourne Roses was tardy from Box 2 and found herself second last with a lap to go. Heading into the back straight she checked off the heels of Our Shout and you could be forgiven for putting a line through her at this point – sitting 11 lengths off the leader Loxton Bale.

She flicked a switch and began hunting down the leaders one-by-one before diving through a narrow gap to snatch a 34.43 win.

Dale Chapman – much like many of the astounded fans on course – were left stunned.

“Mid-race I pretty gave her no hope,” he said.

“Watching her down the back straight she checked off the ‘five’ and had to go wide. I was thinking she’s going to have to do something pretty unbelievable to win from here.”

“The way she found the line and a gap where there was none was really impressive. To the average person watching the race live you’re looking at the front runners but when you’re handling the dogs you always watch your own, so it was really exciting when she started to launch for home.”

At just 23-months-old the daughter of Fernando Bale out of Cawbourne Ruby has seven wins from 18 starts, including three of her last five her 600m.

With a stunning 10.50 run home last night it looks certain that a staying career is on the cards.

“I said to the boss earlier this week that she had Group 1 staying potential. We didn’t want to step her up too early but she’s crying out for the distance now.”

Later in the evening, gun sprinters Plan Ahead and Fernando Mick went stride-for-stride in a great duel with Plan Ahead holding out for a best-of-night 29.29 win.

“One of the biggest runs I’ve ever seen.”

Dale Chapman was left shocked after Cawbourne Roses came from the clouds - what a win! 😱@sharpgreyhounds pic.twitter.com/zMoGCVIDoF

Cawbourne Roses!!! From the absolute clouds!!

Monster win this!!! Promising stayer and can’t wait to see her step up. #bigengine https://t.co/Y7fMNti1Di

Cawbourne Roses winning in the last stride at Sandown Park. She’s only a baby hopefully a bright future over further ground. pic.twitter.com/fiNdMeyIVl