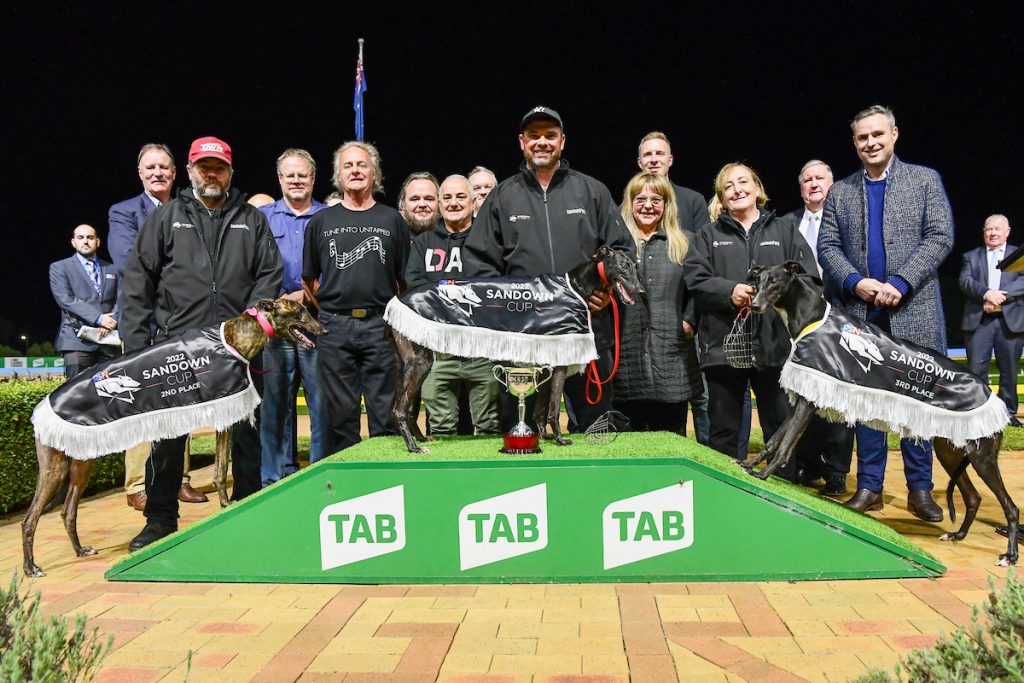 Since its inception in 2018, the National Greyhound Draft has seen 48 greyhounds race for over $600,000 in prizemoney and around 350 wins, but none were more significant than Untapped’s victory in last Thursday night’s Group 1 Sandown Cup.

Owned by Team Borda members, the daughter of Aston Dee Bee and Mepunga Fame held off a massive challenge from Group 1 star Jarick Bale to etch her name onto one of the most sought-after honour rolls in the sport.

A brainchild of former Sandown Park CEO Greg Miller, the Draft offered shares in teams of three greyhounds, involving lots of first-time owners wanting to dip their toe into syndication. Although different teams enjoyed varying levels of success, all enjoyed the thrill of owning a winning greyhound, and in the case of Team Borda owners, they experienced what it’s like to win at the highest level.

A number of owners were on track to revel in the victory, and their love for the sport was certainly solidified.

“I only own a two per cent share with some friends, but I can tell you that we felt more than two per cent excitement when she crossed that line. It’s amazing to share in the $175,000 first prize, but for me it has never been about the money. To have an opportunity to hold one of the most sacred trophies in the sport is something I will never forget,” said one first-time owner, who took the plunge into greyhound ownership with some friends after they had a collect via their punters club.

“We’re just battlers who love racing and owning a horse is something that has never been something we could afford. We love having a bet on the dogs and getting into ownership has been one of the best things we have ever done. We get regular updates on her progress and we really feel a part of the journey and we’re so excited about what the future may hold.”

Trained by Warrnambool-based conditioner Dustin Drew, Untapped will now set her sights on the newest feature race in the country ‘The 715’, worth a cool $500,000-to-the-winner. The final – to be held at Newcastle’s track The Gardens – will take place on June 11, and gives Team Borda owners yet another chance to dream big.