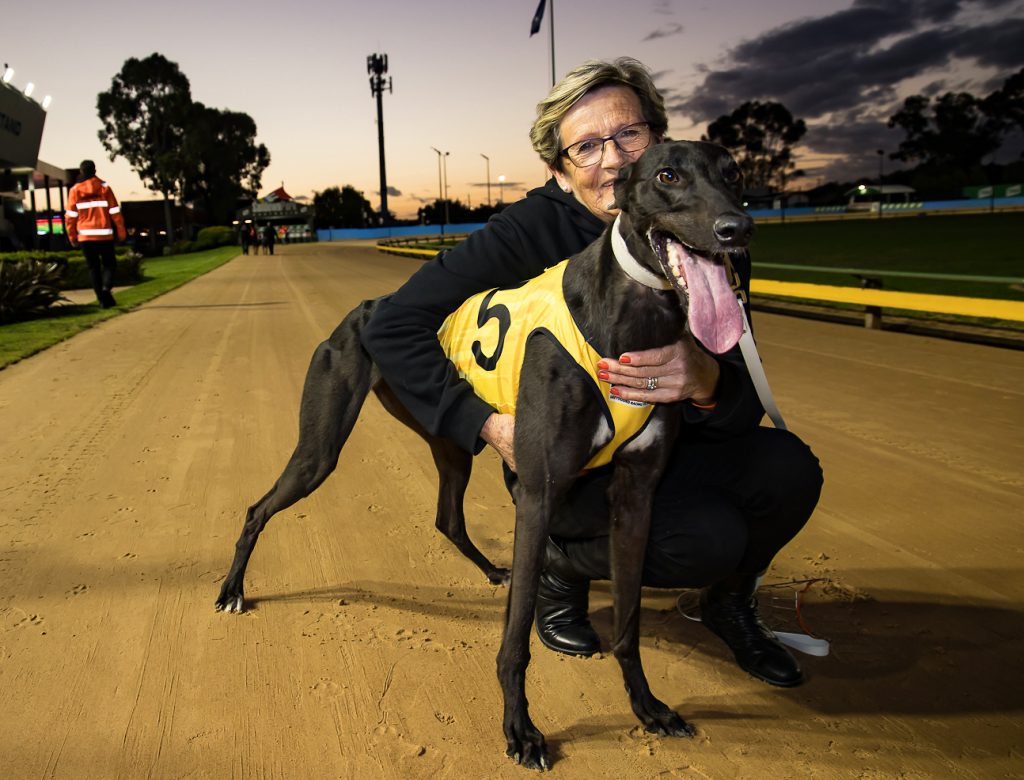 Superstar sprinter Wow She’s Fast was all-class in an action-packed Thursday meeting with a dominant victory in the second heat of the Launching Pad.

She left on terms from Box 5, mustered brilliant and crossed to lead with a lap to go. She exploded going into the back, putting six lengths on a valiant Photo Man who was left with the impossible task of reeling her in.

She crossed the line at a clear best-of-night 29.15 and solidified her spot as the series favourite.

It was a highly successful evening for trainer Jacqui Greenough after Wow She’s Fast punched her ticket to next week’s semi-finals along with other chances Levitation, She’s Refined, and Little Bit Sleek.

Powerful sprinter Mobile Legend was victorious in the first heat after resuming from a six-week hiatus in preparation for the series.

Trainers Colin and Daryl Brennan took the punt in holding out for the series and Mobile Legend is reaping the rewards thus far.

Both of Jason Thompson’s contestants progressed through. Plaintiff was a runaway winner in Heat 3 after Big Opal Rocks found trouble on the first corner and was knocked out of the race.

Fellow major player Amron Boy was upstaged by an in-form Amlin Emperor in Heat 4 with a flawless start-to-finish run.

Amron Boy got caught up at the first bend and was left with the challenging task of weaving his way back through the field. Sure enough, he recovered brilliantly and ran home in second place – an effort Jamie and Brooke Ennis will be delighted with.

Western Australia stud West On Finn proved too strong for Devil Dodger in Heat 5, chasing him down with ease to win first-up at Sandown in 29.57.

Tasmanian Wynburn Ruby finished in third place and will also advance to next week’s semi-finals.

The feel-good story of the evening came in the final heat when South Australian Let’s Win Coin shocked everyone with a commanding seven length victory at an astounding $101 on TAB’s Fixed Odds.

The win became very popular on Twitter and all those back home in South Australia were ecstatic.

Super win by West Aussie sprinter West On Finn taking out heat 5 of the Launching Pad @sandowndogs
Congratulations to connections!
👏🏽👏🏽🔥🔥

Let's Win Coin has won her heat of the Launching Pad @sandowndogs by a mile at...$101 fixed.

Well done to Ed Burrett, the Sharp kennel & all connections.