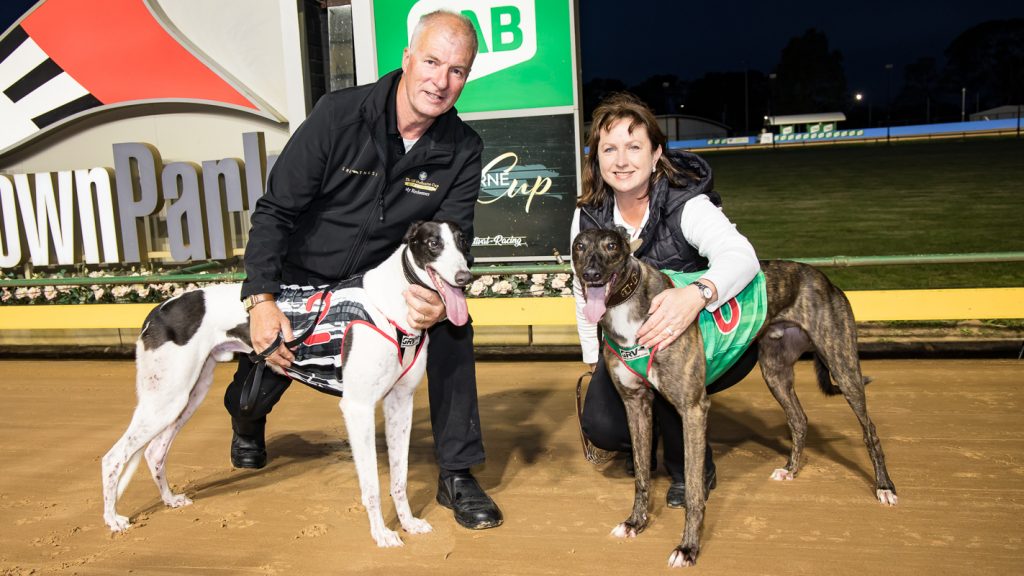 TAB Melbourne Cup heats – ‘out of this world’!

The Group 1 TAB Melbourne Cup is known as “the world’s greatest greyhound race”.

The G3 Cranbourne Classic winner notched her 16th win from 37 starts. She was also a finalist in the G1 Topgun and G2 Cranbourne Cup.

Trained by Monique Whelan, Lakeview Walter ($3.70) – who has battled wrist issues – returned to his brilliant best in 29.26sec.

Winner of the G1 Silver Chief, G3 Silver Bullet and G3 The Ambrosoli, Lakeview Walter registered his 11th win from 29 starts. He was also a finalist in the G1 Temlee and G1 Harrison-Dawson.

It’s said, “uneasy is the head that wears the crown” and there were some anxious moments for trainer Glenn Rounds with Australia’s No. 1 sprinter Aston Rupee ($1.50F).

But the superstar now gets his chance to join former champ Bombastic Shiraz as the only greyhound to win the ‘triple crown’ (Shootout, Topgun and Melbourne Cup) after a spellbinding 29.47sec win.

As they turned for home, racecaller Daniel Hibberd came into his own shouting: “Aston Rupee’s coming, he’s coming, he’ll get up and win”.

Holder of Sandown Park’s 515m track record (28.79sec), Aston Rupee recorded his 19th win from 32 starts. It was his eighth win from his past nine starts and he’s six from six exiting Box 3.

Hibberd exclaimed Koblenz had “fallen in by a pimple” – and he wasn’t far off the mark.

In the end Koblenz, trained by David Geall, and Jepara, prepared by Angela Langton, couldn’t be separated in 29.43sec.

Jepara was finalist in the G1 Silver Chief and Victorian National Sprint Championship.