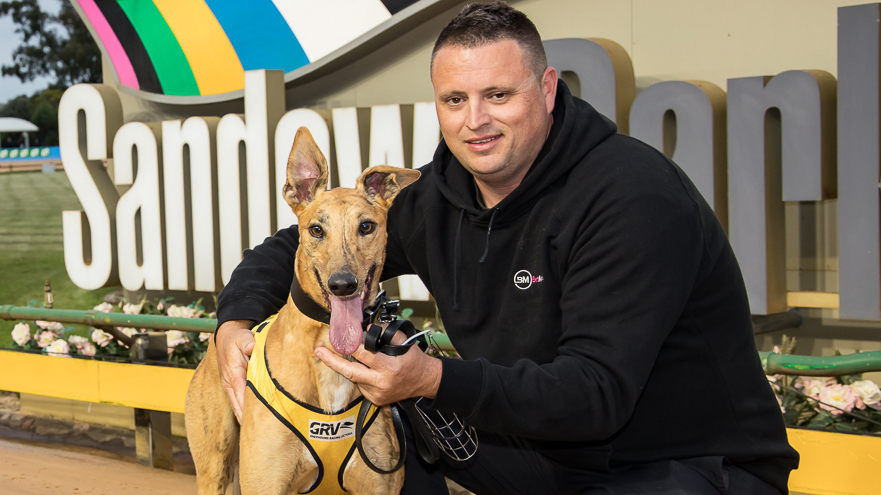 ‘Quality’ to the fore in Bold Trease

Exciting NSW stayer Line Of Quality threw down the gauntlet to his Victorian rivals with a barnstorming last-to-first performance in Friday night’s heats of the Group 1 Bold Trease (715m) at Sandown Park.

Line Of Quality contested the second of four heats and after walking out of the boxes he improved into second with a lap to go and careered away in the home straight, romping to an 8.5 length victory in 41.72sec.

The winner of 12 from 21, Line Of Quality is trained by Darryl Thomas and raced by Kellie Fogarty, who combined to win the G2 Warragul Cup in 2020 with La Grand Quality.

It was Line Of Quality’s second visit to Sandown, having finished fourth in the G3 Lizrene Speed Star over 715m in June.

“His racing pattern is no good, unfortunately, so he always needs luck but he’s a very fast dog when he gets it,” said Darryl Thomas.

“It is what it is and I suppose his racing pattern wasn’t too bad tonight when they jammed up!”

The most impressive effort on the clock came from Mepunga Ruby, trained by Jeff Britton, in the final heat.

Mepunga Ruby unleashed a monster finish to reel in tearaway leader Gypsy Wyong in the final bounds, clocking 41.63sec, with the first two “panels in front of the rest”, as described by race caller Daniel Hibberd.

After recording an emotion-charged victory in the Hume Cup on the day of her legendary owner/breeder Paul Wheeler’s funeral, Knicks Bale and Correy and Samantha Grenfell will take aim at a second G1 victory in a month.

Knicks Bale continued her remarkable late career resurgence when taking out heat three in 42.13sec at her 73rd start.

Untapped, prepared by Dustin Drew and raced by the Team Borda National Draft syndicate, made an auspicious staying debut in the opening heat when leading throughout to record a dominant 41.83sec success.

The boxes have been drawn for next week's G1 Bold Trease...

Who do you fancy to win it all? pic.twitter.com/G9Ap09jSRW

Line Of Quality (5) wins his heat of the Bold Trease