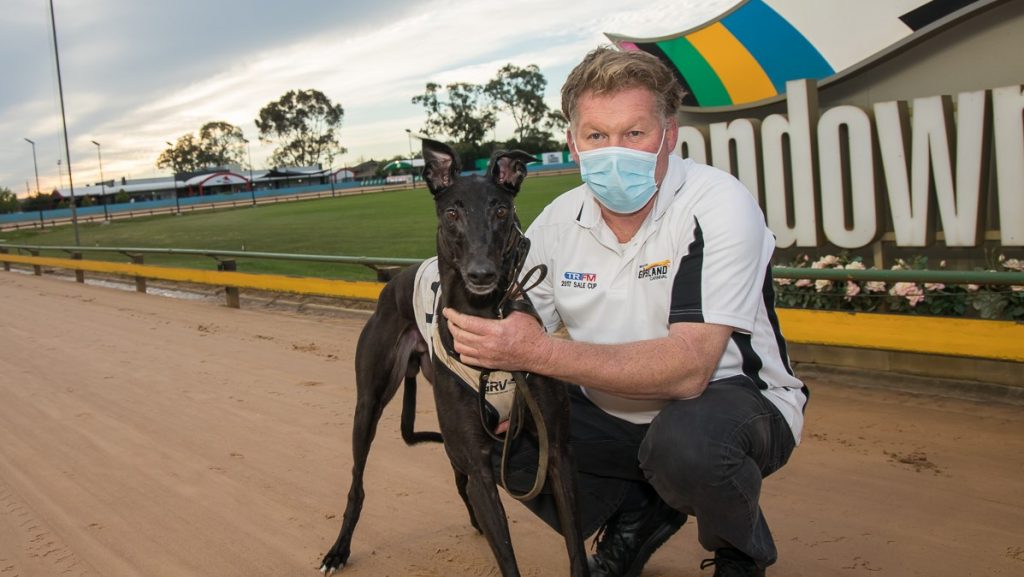 Aston Rupee staked his claim as the fastest greyhound on the planet after he sensationally slashed two lengths off the Sandown Park record this afternoon, stopping the clock at 28.790.

The dual Speed Star winner nailed the start from box 3 to run 5.01 to the first mark – almost a length quicker than his previous best at the circuit – and quickly accelerated away from the field. His ran 18.58 to the second mark before getting him in 10.21 to round one of the most complete performances seen at Sandown Park.

“Phenomenal run from the greyhound and I think he thoroughly deserved it,” said his delighted trainer Glenn Rounds.

“He’s had his name on it for a little while and it was just a matter of conditions being right and the right circumstances in racing and he got it tonight. He’s been brilliant.”

Aston Rupee has long been regarded one of the country’s most exciting prospects. He opened as the $14 TAB Melbourne Cup favourite when the market was released in March despite having just seven starts to his name, and has now been placing in 25 of his 26 starts – a fourth in a heat of the Launching Pad before going on to finish second in the final.

Rounds has prepared a number of group glass greyhounds throughout his career but none compare to Aston Rupee all-round brilliance.

“I think dogs like him are born. I don’t think anyone makes them, I think they’re born beasts,” he explained.

“It’s a whole combination of everything being in the right mix. We very rarely get it in greyhounds – we get good dogs that are slow early or good dogs that aren’t strong, but it’s just a rare dog of this type.

“It’s fantastic to have a track record next to his name, and one person who will be more thrilled than me will be (owner) Ray Borda. He’s all over that, he’ll be loving it.”

Speaking to the Greyhound Recorder, Borda was elated.

“I’ve won Melbourne Cups, Adelaide Cups, you name it, but this is something else,” he said.

“And all credit to Glenn who does a immaculate job with this dog. In fact, if you see the dog’s coat, you cannot believe what a gleam Glenn has put on him. It is amazing.”

Aston Rupee’s next assignment will be the TAB Match Race Challenge at Angle Park on 23rd September ahead of the Adelaide Cup. He’ll then return to prepare for the TAB Melbourne Cup on Friday 26 November.