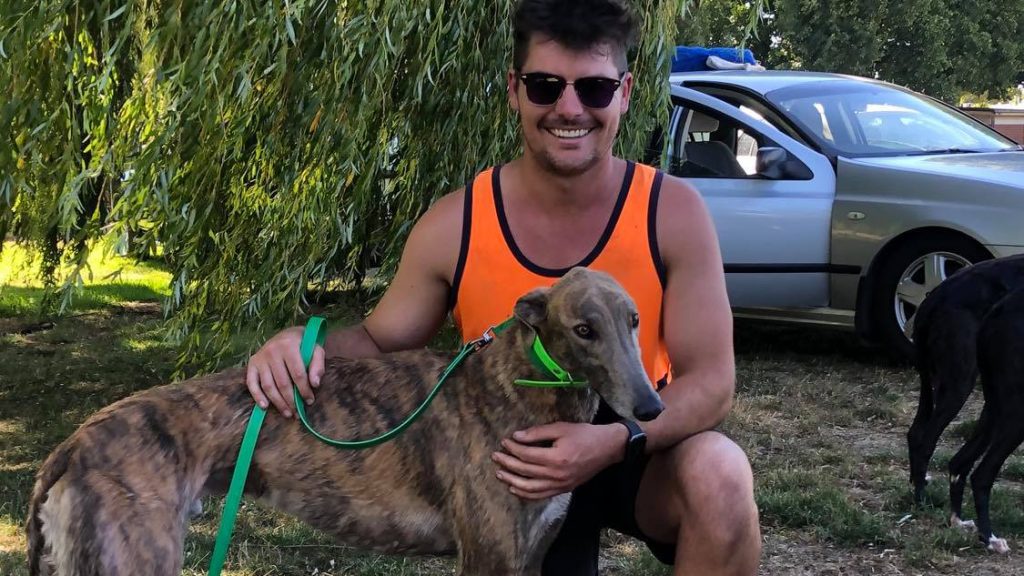 A group of mates from the Heatherton Football Club are pumped to have their first city runner when Thylacine takes his place on Thursday.

“A few of the boys I play footy with at the Heatherton Football Club decided to start a syndicate along with coach Shayne Sheedy and a mate of mine, Grant Masterson, had a few dogs for sale,” said part-owner 26-year-old Jayden Arter (pictured before outdoor mask requirements).

“Everyone in our syndicate would agree that Thylacine was slow to get going at the start, but he has hit his strides now and is starting to reap the rewards. Danny Cortese has done a great job with him.”

Arter says the thrill of owning a racing greyhound is one that can’t be matched.

“It’s an unreal feeling owning a greyhound. Unfortunately because of restrictions we haven’t been able to attend any of his wins, which would have been a massive thrill for the boys and with plenty of celebratory beverages to follow.”

‘Tunner’ as he’s known at home, got the race name Thylacine – the scientific name for a Tasmanian Tiger – because of his brindle colour.

“I definitely get a nervous thrill waiting for Thylacine to jump out of the boxes. If he gets the jump he’s as tough as a Tasmanian Tiger to chase down.

“He’s been tough since he was born, he almost passed away during birth but fought his way through. His fighting spirit led us to own him.”

With the enjoyment that the syndicate is having, plans are already in place to further their involvement in the sport.

“With the winnings of Thylacine I believe the boys are interested in getting another dog together.”

Tylacine features in Race 10 on Thursday.

Earlier in the card, TAB Melbourne Cup favourites Aston Rupee and Koblenz highlight a strong Free-For-All – the main event of the meeting.