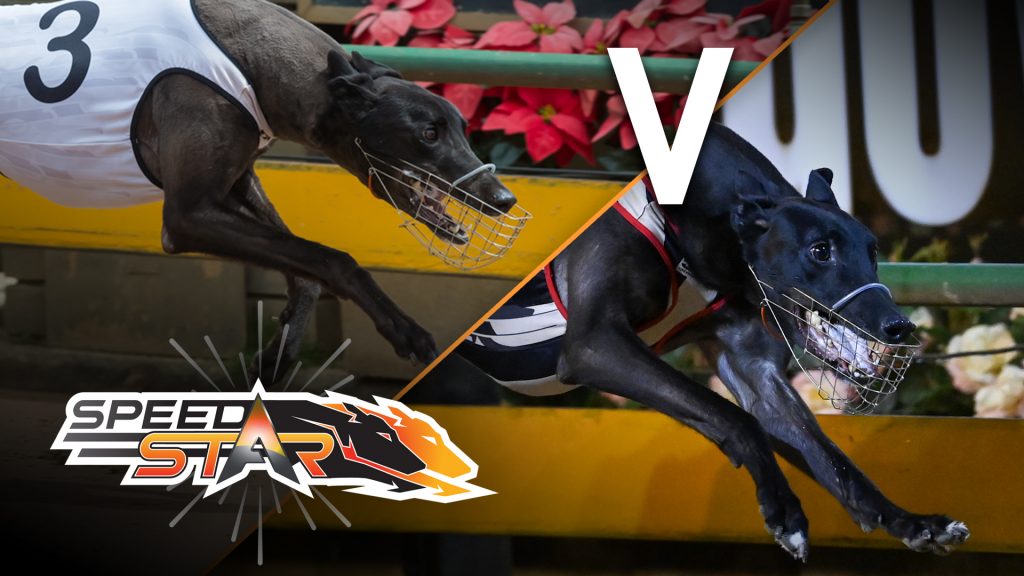 Aston Rupee became the second fastest greyhound ever to grace Sandown Park with his breath taking 28.927 romp in the last round of qualifying trials, while Aston Fastnet qualified as the third seed courtesy of his 29.114 win at his sixth career start in March.

Despite the pair boasting near identical race records and both entering the series on the back of two comprehensive victories, TAB has opened Aston Rupee the $1.40 favourite for the match and $2.60 to run the fastest time overall, while Aston Fastnet is rated a $3 chance to defeat his brother and $4.20 in the overall market.

While their head to head battle will be enthralling, six others will be looking to claim the fastest overall time and the title of Speed Star.

Track specialist and third seed Tiggerlong Tonk (29.110) returns to Sandown Park for the first time since his group 1 Harrison-Dawson triumph, and has drawn outside Highly Explosive (29.159) who is looking to become just the second female to claim the Speed Star over 515m.

Connections of RSN Sandown Cup winner Zipping Rambo (33.659) opted for the 595m series in preference to the 715m. He enters the Racecallers Speed Star as the top seed after running within half a length of Dyna Double One’s long standing track record in April, and will meet Cash Stack who impressed when running 33.945 in his qualification trial, his first official outing at Sandown Park. Nangar Rust, who broke 29 seconds over 515m in an unofficial trial in March 2020, returns for a tilt over the middle distance but will need to be at his best against Freda Rocks (33.913) who drops back in distance after her run in an RSN Sandown Cup heat over 715. Fractured (33.990) and Bounce Back (33.992) will be looking to take full advantage of their inside draw against Jayville Slick (33.995) and Zipping Annabel (34.034) respectively.

In the Lizrene Speed Star over 715m, Hank The Hustler (41.380) will again meet Five Star (41.637) after the pair quinellaed the Listed Cup Night Stayers special event last Thursday night; track record holder Here’s Tears has drawn the inside box against Western Australian stayer We The People; NSW stayer Line Of Quality will race Kenny The Brute; and kennelmates Tyler Durden and Weblec Haze meet in the final match.

First run in 2015, the Speed Star has quickly evolved to become on the most eagerly anticipated series of the year, loved by punters and greyhound racing fans alike. The format for the series is simple – greyhound race in pairs with markets available for both the head to head match, and fastest overall times. Each greyhound drawn an odd numbered rug will jump from box 1 (referred to as the ‘inside’) while greyhounds drawn an even numbered rug will jump from box 3 (the ‘outside’). Greyhounds qualified for the series based on their fastest time at Sandown Park between February 1st 2021 and 27th May 2021.

The first match race will jump at 6.33pm on Wednesday 2nd June. The meeting will not be open to the public due to COVID restrictions, however extended coverage is available through Sky Racing Active and the Watchdog app.