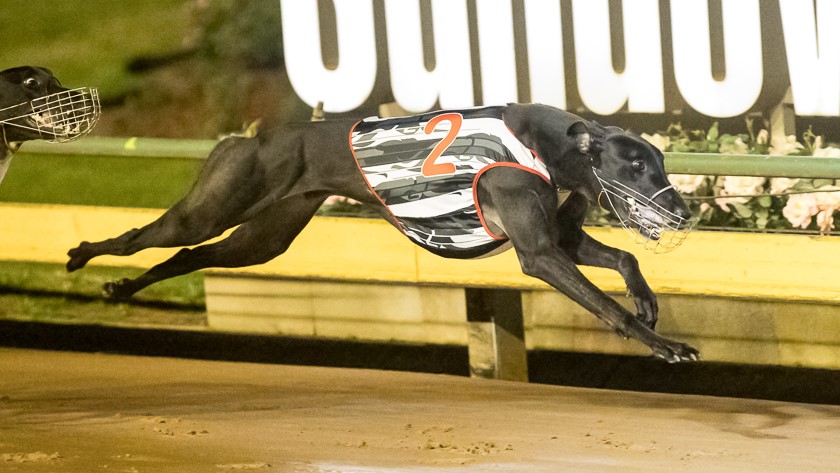 Timing is everything for Sid Core

Timing is everything in greyhounds racing and Robert Britton is hopeful Sid Core is timing his run to perfection in Thursday night’s Launching Pad final.

Following some impressive performances in his home town of Sydney, Sid Core arrived in Britton’s Lara kennels however connections would have to wait almost five months for him to make his Victorian debut.

“After his first trial he pulled up a bit proppy,” said Britton.

“We got an x-ray and he had a stopper bone issue so we erred on the side of caution and gave him a long time off and made sure he was right.”

That was December. Come February and with Sid Core well on the road to recovery, the timing of the Launching Pad was almost perfect.

“I went through all of my dogs to see who was six wins or under and he was right on six (being the limit for the series). It was only about three weeks before the Launching Pad and I said ‘let’s have a go at it.’

“He’s was going to be underdone and his first couple of trials were very, very steady fitness wise, but he seems to have improved every week so I’m just hoping that there’s still a little more left in the tank for Thursday night.

“He was such a young dog when we got him as far as starts go. I don’t know what sort of upside he has. When I was trialling the four hopefuls for the Launching Pad he was fourth in line as far as times they were running at Sandown, but It think that was more of a fitness thing. We’ve just seen that improvement. Of course he’s had a bit of luck (drawing boxes one and two in the heat and semi-final respectively) and by jeez that helps, but you’ve still got to be good enough to take advantage.”

Britton has been one of the series’ biggest supporters since it became a slot race in 2015, purchasing a ticket to every series since. Sid Core will be Britton’s fourth Launching Pad finalist, having previously boxed Targaryen (2nd, 2015), Pagan Midnight (3rd, 2016) and Tornado Tears (5th, 2018). Timing – good and bad – also played a role in their Launching Pad campaigns.

“Targaryen led Usain I’m Nutty in that first Launching Pad – and I sold my ticket to the Daillys the day before nominations!” laughed Britton.

“Tornado Tears was due to step up to 715m a few weeks before but he picked up a little niggle so I had to scratch him. He was on the way back and the Launching Pad was coming up.

“Sometimes you have to make decisions on the run. Fanta Bale was another – she was headed for a staying career but picked up a little injury and we dropped her back and won the Australian Cup, simply because she was on the way back again.

“It was plan B and it all worked out, so those things can happen sometimes.”