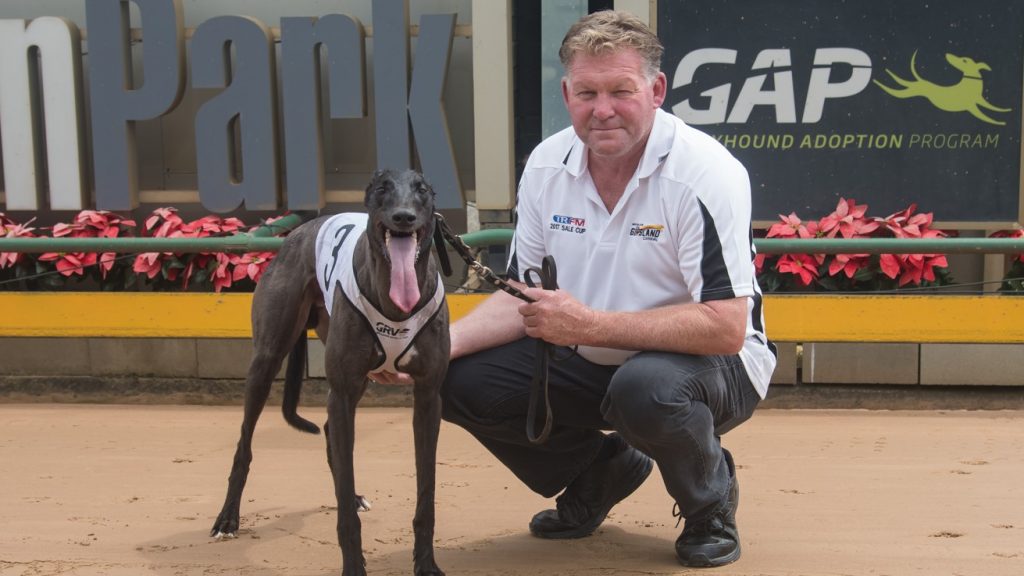 Since becoming a three week series in 2016, no greyhound has won the final after failing to win a heat or semi final leading in. But after drawing box 7 for the decider – the same box from which he recently won at The Meadows in 29.47 – Glenn Rounds is confident Aston Rupee can claim the $150,000 first prize. His confidence is good news for punters who have backed Aston Rupee in from $3.60 in to $2.50 after drawing the black vest.

“He’s going to have to clear them of course but he’s going to get a chance. If he’s good enough he’ll clear them but if he’s beside them going through the first corner, he might be in a spot of bother.”

Bother has been a hallmark of Aston Rupee’s series so far. Sent to the boxes an odds-on favourite in his heat, Aston Rupee stumbled at box rise before recovering to run fourth to progress to the semi-final. He stepped much better in last week’s semi-final before Wedding Or Baby crossed and shuffled Aston Rupee back to the second half of the field before launching an eye-catching recovery to finish second.

His splits in the heat and semi-final – 5.19 and 5.16 – is a long way off what he’s done previously at Sandown Park and it’s in that first split where Rounds believes his improvement will come from.

“I’m pretty happy with where we’re at. We didn’t do a lot of racing in the lead up so I reckon we have a bit of juice in the tank to pull out the race that he’s going to need to run off the 7 box and I think he can do that, I think he’s got a bit in him.

Rounds confirmed that he doesn’t have any firm plans for Aston Rupee beyond the Launching Pad, other than it will involve a bit of travel. However he believes that Aston Rupee’s work through the Launching Pad series will hold him in good stead for later in the year – including the TAB Melbourne Cup for which he is currently the $14 favourite with TAB.

“I think it (the Launching Pad) has developed into a race that’s high on the calendar now. At Christmas we tried to buy a couple of dogs with it in mind. We were offering big money on behalf of owners to buy a couple of nice dogs – we got knocked back and didn’t buy any – but we had it in mind that we’d go through a Launching Pad and there might be a return on the money there.

“It’s a huge stepping stone for races later in the year, especially for the Melbourne Cup at Sandown.”