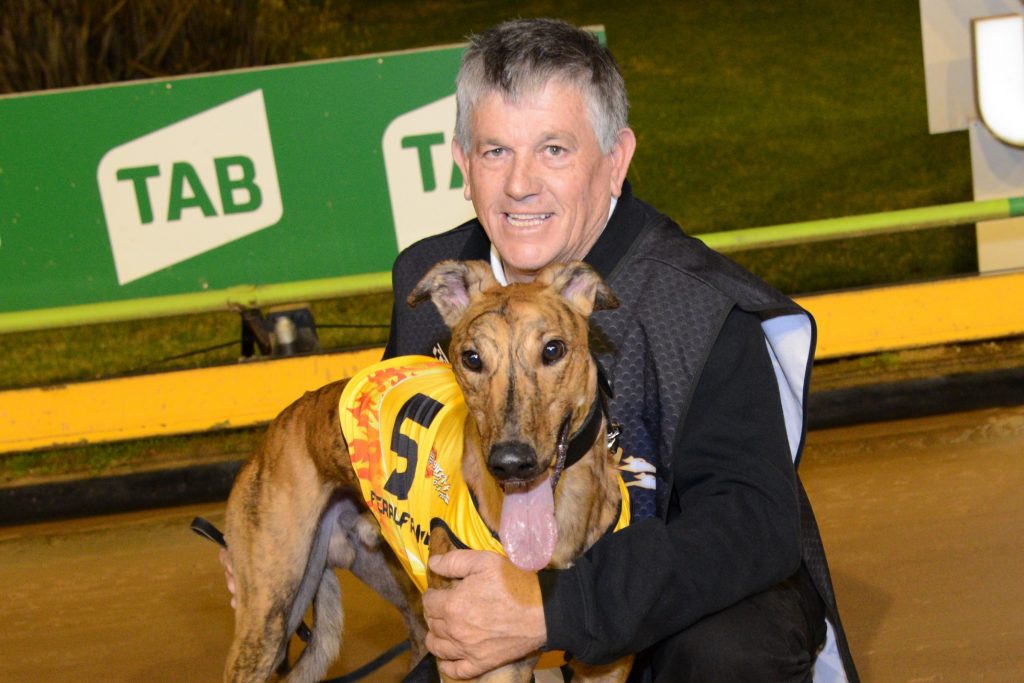 Best known for his association with group 1 winner Feral Franky (pictured, above), Smith returns to Sandown Park on Thursday night for the first time since the 2019 TAB Melbourne Cup where ‘The Feral’ was beaten by Sennachie in the first Cup Night Speed Star. Joining him on his 8 hour drive from Forbes, New South Wales, is Jungle Deuce, a winner of all five of his career runs to date.

“We’ve bought a ticket for the Launching Pad so thought we’d go down and give him some race experience,” said Smith.

“We’re taking on some older and more experienced dogs, but one thing is they know their way around Sandown so they might cart him along.”

After coming from off the pace to score consecutive wins at Wentworth Park, Jungle Deuce showed improved early speed in his next start to score a brilliant 8.5 length victory in a slick 29.58 at the Sydney circuit. He then rounded out his preparations for his Victorian debut with a smart 29.42 (5.12, 18.81) trial last Saturday morning.

Jungle Deuce will jump from box 7 for the third straight start in race 5 on Thursday night, a draw which Smith believes shouldn’t hurt his chances.

“He’s only had box 2 and 7 before, so let’s hope (it’ll be OK). He’s not a flying machine early, he just winds into his work. It’s more about what the others do around him.

“He’s just learning with only 5 starts but he handled himself at Wenty, so we’re giving him a chance.”

While Smith was confident enough with Jungle Deuce’s potential to invest $2000 in a ticket to the Launching Pad series, he was less confident with Irinka Riley. TAB has installed the son of Barcia Bale the $2.70 favourite for the second race after coming up with box 1, however Smith was pessimistic of his chances.

“The other dog has been much stronger over the 500m but there really hasn’t been a lot between them. He just stirs up, so hopefully he might calm down.”

All 64 tickets for the Launching Pad series have sold out. Sandown will run a Launching Pad ‘qualifier’ (heats on Sunday 7 March, final on Thursday 11 March) with he winner of the final receive a ticket into the series.