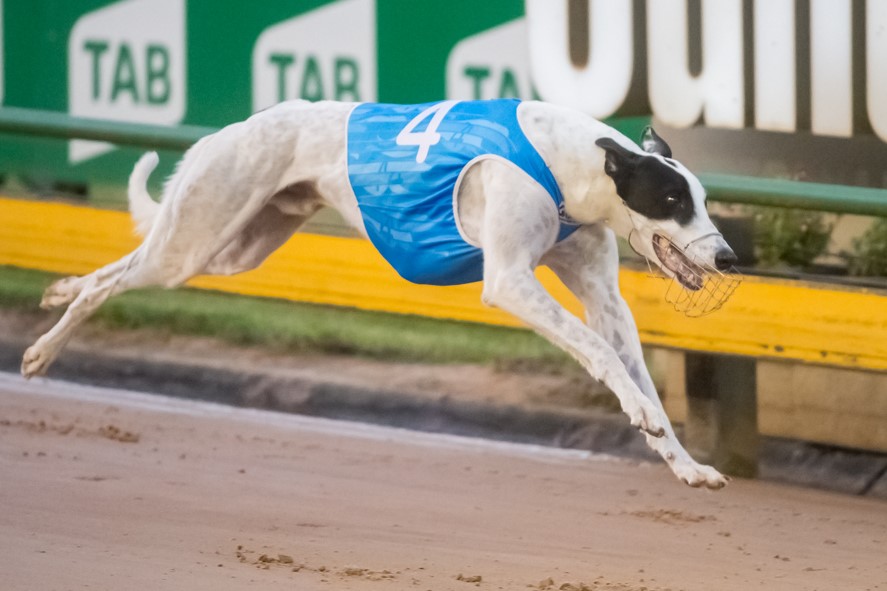 His biggest danger is likely to come from kennelmate Blazing Cartier, herself a seven-time group 1 finalist with an outstanding Sandown Park record, however kennel foreman Peter Riley believes Here’s Tears is a clear top pick.

“They’ve both got similar box speed but I can see Here’s Tears leading her and if he’s in front he’s going to be very hard to beat,” he told the RSN Breakfast Club.

Known as ‘Diamond’ due to the distinct marking on top of his head, Here’s Tears stepped up to the 715m at Sandown for the first time at the corresponding meeting in 2020 and announced himself a stayer to watch by winning in 41.55. At the end of January he broke champion Miata’s long standing track record (running 41.16), and three starts later he won the Group 1 Super Stayers at the Meadows. While he has mixed his form at times, he did finish 2020 as the country’s top ranked stayer based on Greyhound Clubs Australia rankings after contesting 10 group race finals and enters tonight’s race on the back consecutive group race wins in New South Wales.

While Here’s Tears quote may be too short for many punters, Riley was keen on an $8 chance from the Tim Britton kennel in race 7.

“I wouldn’t mind King Of Calypso each way. He doesn’t mind it out wide and he’s got a little bit of ability. He hasn’t much luck in his recent runs, he’s one to keep an eye on.”

You can watch all Victorian greyhound racing live and free on the Watchdog app, or at watchdog.grv.org.au.

The night’s opening race will jump at 6.39pm. Click here for your free form guide.