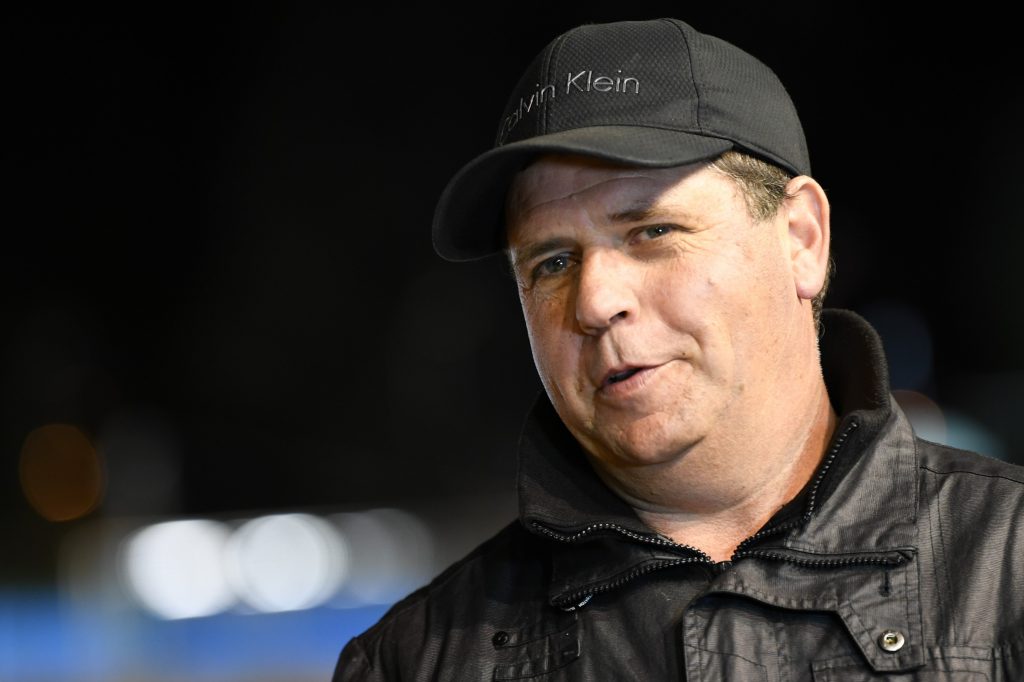 Waldorf one to watch on 715m debut

Brendan Pursell believes Waldorf is a good each way chance on his debut over 715m at Sandown Park tonight.

Waldorf won on his debut in in October 2019 but went winless in his next seven starts before a hock injury sidelined him for nine months.

Resuming in September, Waldorf ran fourth twice before stepping up to 600m where he has won three in a row.

“He’s been going well. He’s won his last three and his confidence is right up,” Pursell told The Early Mail on RSN Breakfast.

“(Tonight) is his first start over 715m so we still have to see if he’ll run it out. His run home times have been pretty good at The Meadows over 600m so he’s given indications that he will but it’ll be a wait and see first time over the distance.

“Out of my three I reckon he’s my best, even as an each way chance.”

Waldorf is rated a $6 chance with TAB.

Pursell, who won the group 1 RSN Sandown Cup over 715m in May, said that Waldorf is the best of his three chances engaged on the night. While he gave She Excites ($7.50) a chance in race 2, he was cautious about Eagles Nest Egg ($5.50) prospects in the first race.

“(Eagles Nest Egg) is hard to tip. He’s a nice dog, his trials were really good before we raced him but he’s been very disappointing. He just hasn’t worked it out yet – If he ran up to his ability I’d say he would win but he’s been disappointing in all of his runs really.

“(But) She Excites goes OK. She has real good box manners and good speed. She needs to strengthen up a bit so we’re going to give her a few 500s to see if that happens. She’s drawn box 7 which is a hard box but she does get out well. If she can get out and get across and there’s bit of mix up behind there’s no doubt she can pinch the race but we’ll have to wait and see with her too.”