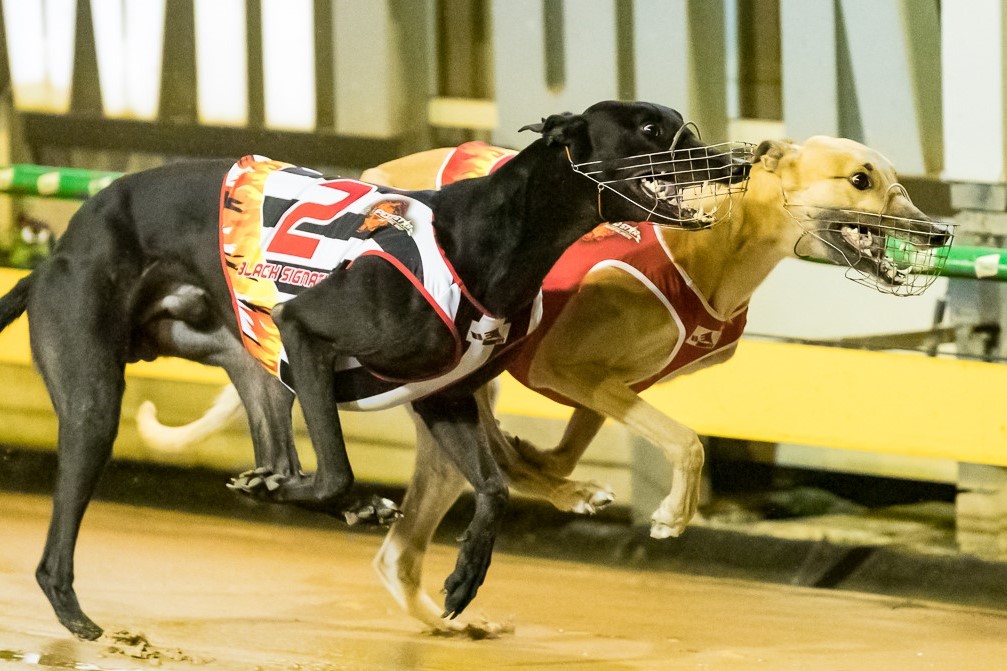 What we’ve learnt from Speed Stars past

It’s Speed Star time again and for us here at Sandown Park, it’s going to look a little bit different.

Very different in fact – with our track work ongoing the Speed Star is heading across the Yarra River and will be hosted for the first time by our friends at The Meadows. And looking at the match ups for the series, they’ve got a themselves a good one!

Like the rest of the greyhound racing world, we’ll be keen observers of the 10th renewal of the match race spectacular. But before we get stuck into the 10th edition of the Speed Star, here’s some observations from previous editions at Sandown Park.

You need a fast dog to be crowned the Speed Star
Well, obviously. The series was conceived to showcase the sport’s fastest athletes and it is the greyhound’s ability to run time rather than it’s form that is key.

The average winning time in the Speed Star at Sandown Park is 29.138, which comes down to 29.104 when you exclude the severely rain-affected series 6, won by Dyna Patty in a comparatively pedestrian 29.411. Of the 5960 races run since the Speed Star was launched, seven of the 27 fastest winning times recorded at the track were run in the Speed Star. In fact, you can make it eight of the 27 fastest if you include Dyna Patty’s 28.999 win in a consolation event – the fastest run recorded in this format.

For comparison, the five Melbourne Cups run since the Speed Star was launched have been won in an average of 29.366. The fastest Cup winner, race record holder Dyna Double One, ran the 45th fastest time (29.169).

In short, forget the grade the greyhound has been running in. The times they’re running is what counts most – if they can’t run time, they can’t win the Speed Star.

It gets easier to pick over more ground
The last five Speed Star series has included races over 595m and 715m and they have pretty much gone to script. While the average winner’s starting price over 515m is $4.47, it drops to $2.38 over 595m and an astonishing $1.46 over 715m. In fact, just one Speed Star Stayers winner has started ‘in the black’ – series 8 winner Dyna Chancer who started at $2.10. All five Speed Star Stayers winners were the fastest qualifiers.

Early speed matters… sort of
The greyhound that most benefits from this format is the greyhound that needs room at box rise and a stride or two to hit top gear. A look at the honour roll reinforces this fact – Smart Missile, Blazin’ Bomber, Dundee Osprey, Bewildering (twice), Dyna Patty, Poke The Bear, Flynn and Hooked On Scotch all shared a similar racing pattern – moderate box speed, rapid acceleration, ability to carry speed through the first turn, strong to the line.

While a greyhound that is slow early may not need to navigate its way through a field, it still needs to run down a very fast greyhound out in front. In fact, only one greyhound – Bewildering – has come from behind in its match to run the fastest overall time despite the average first split among previous Speed Star champions being a moderate 5.10.

Across all 515m Speed Star match races (excluding consolations), 70% of match winners led at the first split. Early speed becomes less of a priority over more ground as sustained strength comes to the fore with 45% of 595m winners leading early, and just 40% over 715m.

Inside or outside?
Interestingly, and perhaps further emphasising the point regarding greyhound traits above, eight of nine previous Speed Star winners drew the outside box in their match. Does the extra room to muster give them the opportunity to show their best?

Conversely, when you exclude the overall winner’s match, 15 of 27 match winners had drawn inside.

The time is on the board
Don’t expect greyhounds to improve a lot in the Speed Star final. Just 13 of 72 past finalists have improved on their qualification times, and the average of those 13 is just 0.123 seconds.

Britton’s distance dominance
Robert Britton has won three of the five Speed Stars over both the 595m and 715m (Tornado Tears has won three times, Rippin’ Sam twice and Neo Cleo once). He has also trifectaed and quinellaed the Speed Star Stayers, and run third twice in Speed Stars over 595m. His record from 14 runners over both distances combined is six wins, two seconds and three thirds. Excluding the two matches in which he’s had both runners, he’s won four out of six matches over 715m, and three out of six over 595m.

Over 515m, he has had a place getter from three starters but has won two matches.

Awesome Lodge absent
Four time Speed Star winners Jason and Seona Thompson won’t have a Speed Star contender for the first time since the inaugural running of the series. Incidentally, they were looking after Speed Star winner Smart Missile on behalf of Jason Mackay during his successful campaign.

So who wins then?
For what it’s worth, here’s my thoughts:

525m – Arizona Eyes
While the match between Catch The Thief and Christo Bale is – rightly – the headline act and dominate the overall betting, I’m taking Arizona Eyes at the price. He’d shown glimpses of brilliance across his first 14 career starts but he put it together at start 15 to qualify second for this series just 0.043 behind Catch The Thief. He’ll enjoy this format and if he steps watch the clock.

725m – Here’s Tears
This is a really tough one. Both Sunset Bourbski and Here’s Tears are seriously fast stayers, and both are coming off impressive 600m at their most recent outings. Interestingly, Here’s Tears was the fastest qualifier for the 600m event however trainer Robert Britton chose the 725m instead. He’s the Sandown 715m track record holder and while he’s the fourth fastest qualifier, he has the fastest PB of any greyhound in the field, and is a group 1 winner over this distance to boot.

Catch all of match racing action on Sky Racing or through the Watchdog app, the first match race with jump at 6.38pm.