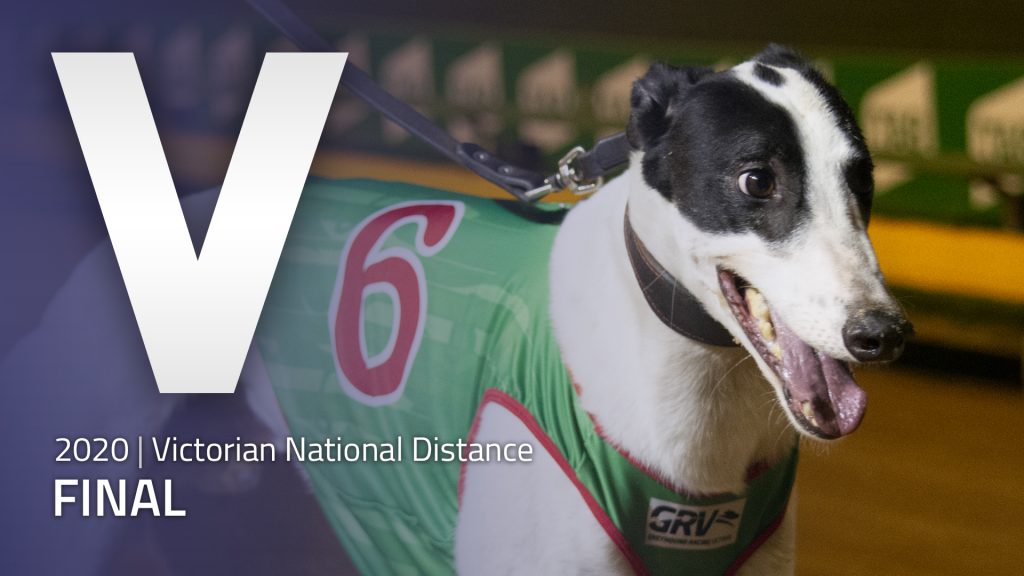 Despite being shunned by punters (he started a $12 chance with TAB Fixed Odds), the enigmatic track record holder began best to cross the field and lead favourite Mister Harlewood through the first turn.

The pair opened a seven length break on the field with a lap to go and while boom stayer Sunset Bourbski and veteran Tornado Tears closed late, Here’s Tears proved too strong saluting by four lengths in 42.45.

It was a welcome return to form by Here’s Tears who won for just the second time since setting the track record in January.

“He needs a clear run for the first 100m or so, and then he makes his own luck. He jumped a lot better than he has recently, he got a clear run and he’s a big strong dog. We had some handy dogs behind him and he managed to hold them off so very, very happy with the run.”

While Here’s Tears took the title, it was the run of his older brother Tornado Tears that Riley was particularly pleased with.

The four and a half year old finished strongly for third showing the 2018 National Distance Champion and 2019 runner up has lost none of his zest for racing.

“With a clean run he could have qualified for his third Nationals final (even though there isn’t a final) – to qualify for three in a row would have been a wonderful effort.

“Since his last break he’s got a new lease on life. He loves racing and loves coming to the track. He’s happy and he makes us happy.”

Earlier in the night, Mepunga Daniel caused the upset of the night, defeating Simon Told Helen and Shima Shine in a heat of the Victorian National Sprint Championship. Christo Bale took out the second heat, the final of the series will be run on Thursday 13 August.