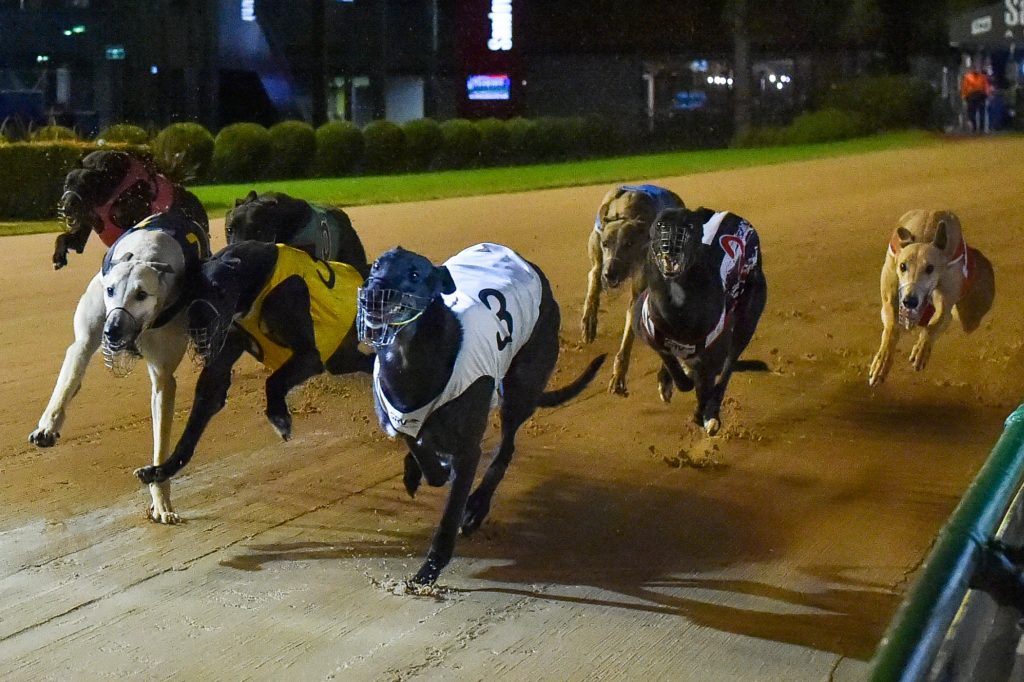 
It’s said every week, but tonight is a cracking night of greyhound racing at Sandown Park.

Starring the four highest ranked sprinters as well as the highest ranked stayer, there is no question the depth of Victorian greyhound racing is as good as it has ever been. Perhaps the best it’s been.

Two heats of the Victorian National Sprint Championship highlight the card, and the market suggests we’re in for two exciting match races.

In the first heat (race 3), Simon Told Helen meets Shima Shine in a match that pits the country’s top ranked greyhound against the fastest greyhound in 2020 against each other for the first time at Sandown Park. The two sons of Barcia Bale match up extraordinarily well and shapes as one of the most exciting clashes of the year.

The first four in each heat progress to next Thursday’s Victorian sprint final.

The quaddie will kick off with the Victorian National Distance final (race 5) and brings together the state’s, ergo, the nation’s premier stayers. It’s a group 1 calibre line up and a will be great exhibition for fans of ‘half-milers’.

How good is the card as a whole? Tiggerlong Tonk, Hard Style Rico, Playlist and Houdini Boy are going around in graded races. This truly is an exceptional card of racing.

Click here for your free Watchdog form guide for tonight’s meeting. If you’re looking for a tip, here’s Jason Adams’ best of the card, as heard on RSN – Racing & Sport.

Race 1 number 2: Kismet Storm – “I highlighted him last week, he did everything right but found one a bit too strong. He’s drawn well again and if he can come out and do the same thing he did last week he’ll be hard to beat.”

Race 6 number 4: Run Like Jess – “Houdini Boy was stunning last week but at $1.30 I’m happy to take him on given he gets so far back. I’m with Run Like Jess who was a winner at The Meadows on Saturday night. He’s probably going to begin well and hold control early so represents a better price.”

Race 12 number 5: Weblec Diamond – “Comes to Sandown for the first time in a while, I thought her win at Geelong at her last start was quite good.”

Here’s some other things to look out for tonight’s meeting.

Best in the land in 2020
The top four ranked sprinters and top ranked stayer is engaged in tonight’s meeting. Here’s how the Greyhound Clubs Australia rankings stand:

Up the money ladder

She has seven runners engaged tonight:

Odds on look out!
Houdini Boy is $1.35 to win race 6 tonight. Here are the shortest (tote) winners at city level over 595m

Note: Track works
Please note that track were conducted over the weekend (31 July-2 August) and are expected to impact on times