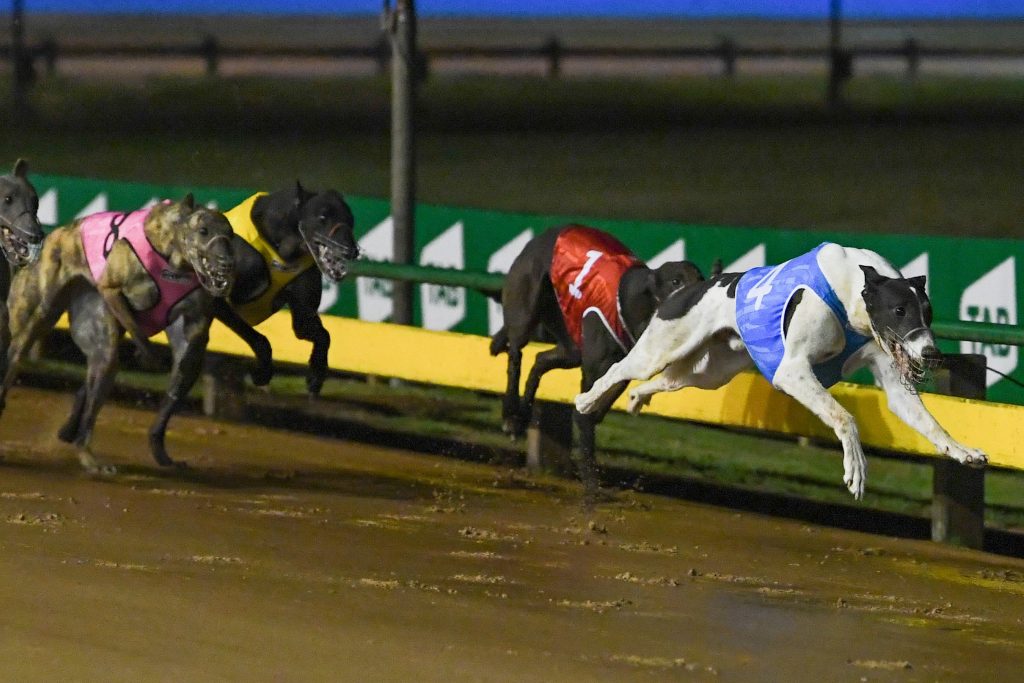 Sandown tonight – what to watch for


Tonight’s Sandown Park meeting will feature some of the fastest greyhounds in the country over all distances, a number of leading TAB Melbourne Cup contenders, and a number of looming milestones.

Not a bad a graded meeting in July!

…Tiggerlong Tonk would be the country’s premier sprinter. He has built arguably one of the most impressive form lines of 2020. While Simon Told Helen has rightfully stolen the headlines for his brilliant performances, ‘Tonk’ has largely flown under the radar.

He sits second behind Simon Told Helen on the Greyhound Clubs Australia rankings, having been placed in all seven group races he’s contested in 2020 including wins in the Listed Western Derby, group 2 Horsham Cup and group 3 Easter Gift.

He’ll jump from box 1 in race 8 tonight, from which he’s won all three of his career starts.

Shima Shine went within 0.01 second of Hooked On Scotch’s 515m track record last week (click here to see the differences in their two runs), becoming the sixth greyhound to break 29 seconds at Sandown Park (and fourth trained by Andrea Dailly).

All five previous greyhounds to break 29 seconds had their next start at Sandown Park in an equal or higher class, but only Bekim Bale and Fernando Bale won that next start. Both went slower the following week.

The fastest race winner over each distance in 2020 will be in action tonight.

Tonight’s 715m Special Event is shaping as one of the strongest staying races of the year. Featuring three group 1 winners and the track record holder, the runners have combined for over $1.5m in prize money and account for the 11 fastest winning times over the distance in 2020. Combined, they have had 59 starts over the Sandown ‘half-mile’ for a phenomenal 31-5-6 record.

Tornado Tears, who has 10 wins from 13 career starts over the distance including three group 1 victories, is looking for his first win at the track since winning the group 1 Bold Trease last November (pictured above). A win tonight would be his 16th at the venue and take him to the third most wins at the track over the last decade behind Bruce Tycoon (19) and Polijuice Potion (17). African Zulu and his son Kareem share the record for most wins at the track with 23.

With six more Sandown winners, Andrea will become the third trainer to notch up 1000 Sandown Park wins (Graeme Bate and Robert Britton are the other two). Dailly has 11 runners engaged across seven races tonight.

Searching for their first Sandown winners

Good luck to the following trainers looking for their first Sandown winners tonight:

Best: Yindi Girl Turbo (Race 7 number 2) – “There’s not a lot genuine early speed. At Free For All level she can’t really compete, but at this level she produces her best work”

Each Way: Rockstar Beav (Race 5 number 4) – “He ran a great race in the Fireball on Saturday night. He was beaten for speed early on and for the second half of the race he was caught up in dead ends and still ran third which shows he’s not far away from his best. He’s a great each way price

Also: Kismet Storm (Race 1 number 1) – “This is the first inside draw of his career which suits him, and his runs at Warragul show he has talent”

The first of 12 races will jump at 6.14pm, catch all the action on Sky Racing or download the Watchdog app, and follow the club on social media @sandowndogs