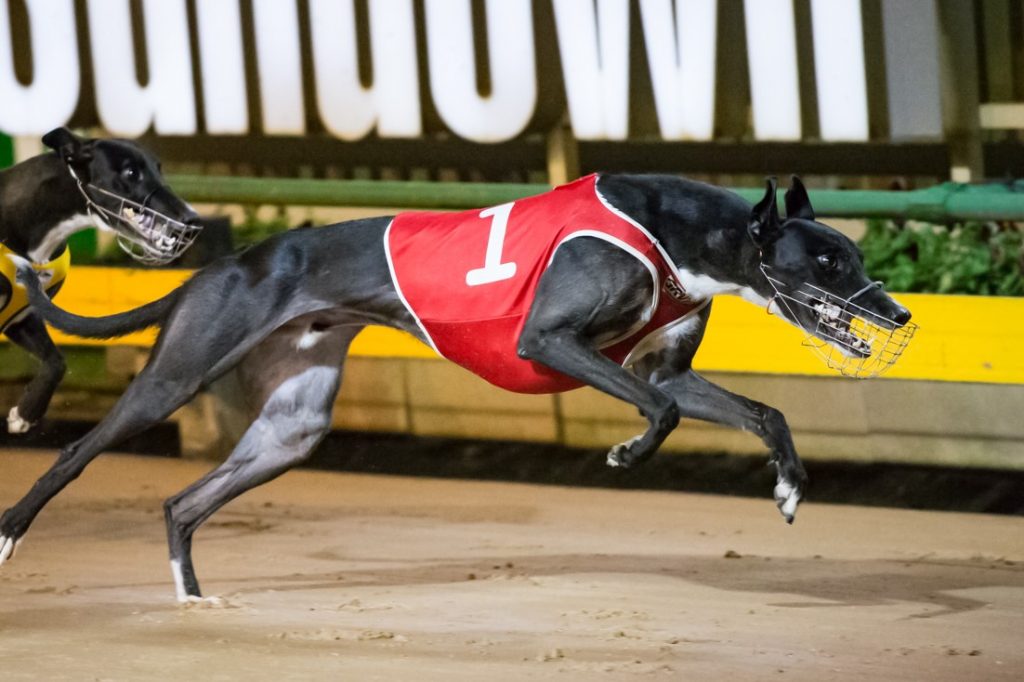 Kel Greenough was hoping for a regulation grade 5 for Houdini Boy’s 595m debut. Instead, he’ll meet a field worthy of a group race.

Despite having just 11 career starts to his name, Houdini Boy will meet a field stacked with big race experience. Headlining the race is dual group 1 winner Hooked On Scotch, the Sandown Park 515m track record holder who stepped up to the distance himself two weeks ago and won in 33.81 – the second fastest time by a greyhound on his 595m debut.

That time eclipsed Rockstar Prince’s 33.82 mark as fastest of 2020 and he too will also line up on Thursday night, as will three time group race finalist Mepunga Maggie after her 34.11 victory last Thursday night and Perfect Marshall, a group 1 winner over 600m at The Meadows.

“I would have liked an easier race!” said trainer Kel Greenough.

“But I don’t think there are any easy ones – it’s ridiculous the standard of racing now – I think it’s as good as it’s ever been.”

Houdini Boy has quickly emerged as one of the country’s most exciting greyhounds thanks to his distinctive racing style. His customary lack of box speed – despite Greenough’s best efforts to reeducate him – but brilliant closing section has captured the imagination of many in the sport. He was placed in his first five career start, each at Sandown Park, including three wins despite averaging a pedestrian 5.39 first split (the average first split of a winner over 515m in 2020 is 5.16, or almost four lengths faster).

He then came from last to win the Cranbourne Winter Cup, made the group 1 Vic Peters at Wentworth Park, and ran third in a heat of the group 1 Maturity, settling at the tail of the field before flashing home on each occasion.

While Houdini Boy gives every indication he’ll be well suited to the step up in distance, Greenough wasn’t sure what to expect from his charge. But like many greyhound racing fans, he is looking forward to finding out.

“I don’t really know. You never really know what he’s going to do or if he’ll get a clear run because of his habits, but you don’t get many dogs that chase as hard as he does from behind. He’ll ride a bump and take off again, he weaves in and out, he’s an amazing dog to watch.

“I would have liked an easier step up to 595m but it is what it is so we’ll see how it goes. I know he always tries his best, but he wouldn’t want to do much wrong on Thursday night.”

TAB.com.au opened Houdini Boy the $4 second elect for race 6 on Thursday night. Hooked On Scotch is the presumptive favourite at $1.75.

Elsewhere on what is shaping as an outstanding night of racing, Shima Shine $1.90 and Tiggerlong Tonk $2.15 dominate the market in the Free For All in race 8, while Mister Harlewood is the $1.80 top pick in an outstanding 715m staying event.