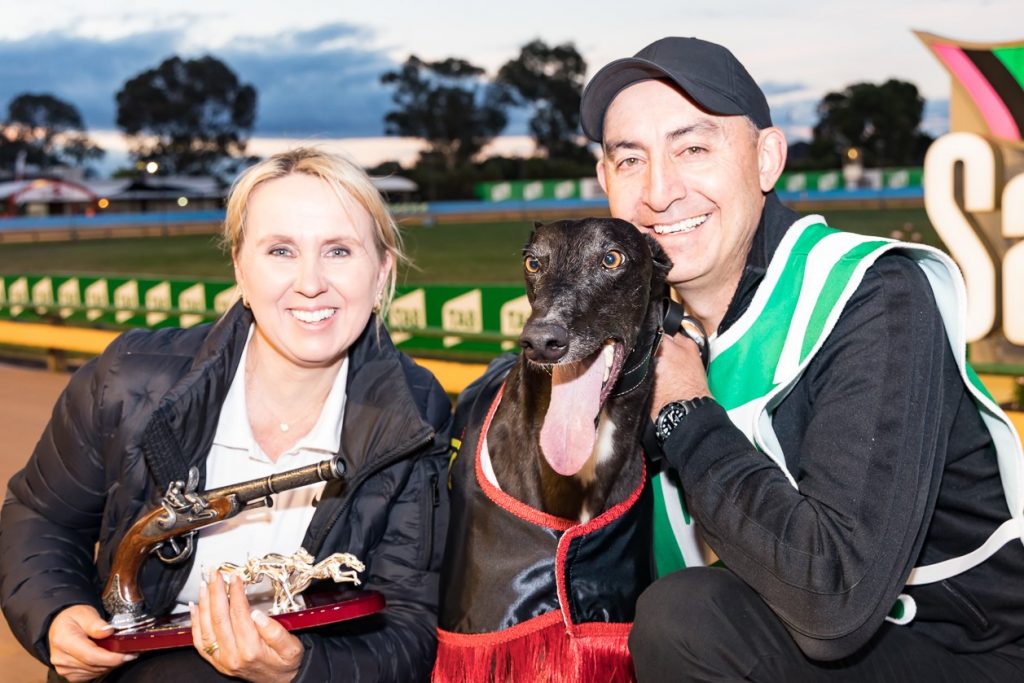 Hooked On Scotch stepping out over 595m for the first time is shaping as one of the most anticipated debuts over the Sandown Park middle distance.

In just over a decade of racing over the trip, only TAB Melbourne Cup winner Dyna Double One has generated as much hype. Two months after claiming the world’s greatest greyhound race in race record time, Dyna Double One took almost a length off Bobby Boucheau’s long standing record when winning in 33.630, a mark that has been unchallenged since.

Hooked On Scotch returned from his recent Queensland campaign in good order and trainer Jason Thompson is confident his 515m track record holder is ready for the step up in distance, though was reluctant to predict a time.

“It’s a bit hard to say. I was confident before he hurt himself that he could break the record over the 515m, but I wouldn’t go out on a limb and say he could do the same over 595m,” he said.

“He’s ready for it (the step up in distance). I’d rather be drawn inside than outside over that distance and he has a pretty good record from box 1 anyway (two wins from three starts, including the group 1 Adelaide Cup).

“Hopefully he can get the start right. We’re talking about a dog that’s been running good splits in group races in Queensland – if he begins like he was up there I think he’ll be able to lead from the inside box.”

While Thompson hopes to give Hooked On Scotch a couple of starts over the middle distance, the aim is to return him to the sprint journey with the Victorian National Sprint series at Sandown Park in early August his next task.

Glamour sprinter Black Opium will also line up on Thursday night, with Thompson ecstatic that ‘Sarah’ has drawn box 5, the same draw from which she won the recent group 1 Brisbane Cup which featured kennelmate Hooked On Scotch and high profile litter brothers Simon Told Helen and Who Told Stevie.

“If we could get box 5 with her every time we’d be delighted. We wanted the 5 in Queensland and got it, we wanted it tomorrow night and got it. She’s at a track she loves out of a box she loves.