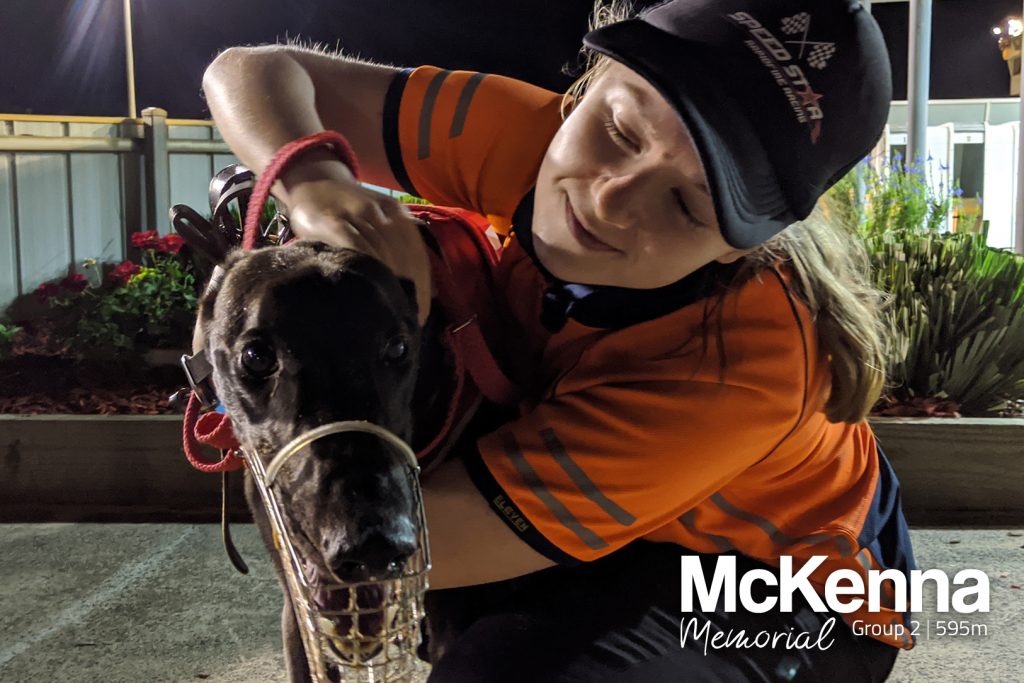 No borders to ‘Bangers claims in McKenna

Chants of Wallbanger will be heard from coast-to-coast on Thursday night when the 2018 National Greyhound Draft number one pick contests the Group 2 McKenna Memorial at Sandown Park.

The Team Cameron syndicate knows no boundaries when it comes to ownership with the team spread across both sides of the Nullarbor in Victoria and Western Australia. However, the current border situation sees most of the ownership group restricted to watching and cheering from the comfort of their home or local venue. Regardless, this will not stop the thrill of a maiden group race final being enjoyed by those in the west with plans in the pipeline to meet up for the event.

“It’s just a massive thrill to be a part of, an honour and a privilege to be involved with such a high class chaser. I’m personally tingling with anticipation for the final,” said part-owner, Stuart MacKinnon.

An honest and hard chaser, Wallbanger has delivered much excitement for Team Cameron already having made the Australian Cup consolation final and won a Vic Breeders Maiden series at Geelong. He’s been a winner of 11 races with 15 placings from his 38 career starts and a win from box 8 in Thursday night’s $25,000 to-the-winner event, where he is currently a $15 chance with TAB, will see his career earnings jump to $86,000.

The 2½ year old son of Black Magic Opal and Absolute Stunna has the ability and the breeding on his side to do just that. He’s a half-brother to Group race winners Bells Are Ringin, Blazin’ Bomber and Ring The Bell. His sire is responsible for last week’s Group 1 Brisbane Cup winner Black Opium and multiple Group winner and equal favourite for the Group 2 McKenna Memorial Final in True Detective.

Sandown Greyhound Racing Club CEO, Adrian Scott said, “Without a doubt, it would be fitting for the first Group winner of the National Greyhound Draft to be at Sandown Park with it being an initiative of the club. Irrespective, we will celebrate the McKenna Memorial winner no matter who is first across the line.”

And for Wallbanger, win, lose or draw he will be greeted as a winner in the catching pen by an elated part-owner, Hannah Woodward (pictured), where he will be rewarded with an abundance of unconditional puppy love.

The National Greyhound Draft has provided syndicate team owners from around Australia with the chance to access top-quality greyhounds at an affordable entry price that otherwise would not be available to new entrants seeking the thrills of greyhound racing ownership. Already, there have been 19 individual winners with more to come.