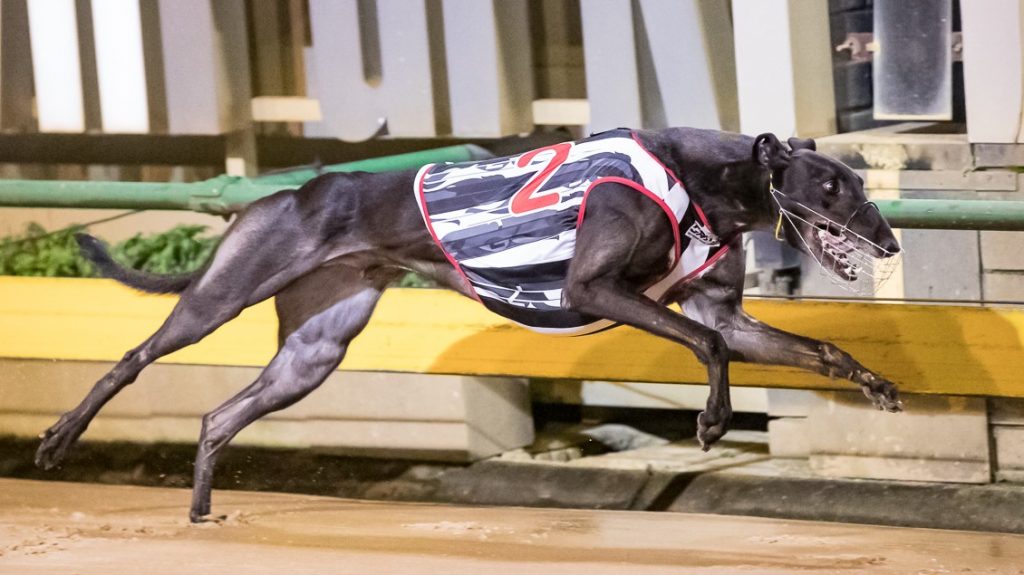 Simon says his best is yet to come

The country’s top ranked greyhound made it five wins in a row at Sandown Park last night, which in itself came as no surprise to those who took the $1.33 fixed odds on offer with TAB. But it was the manner in which he won the race, slashing almost two lengths off his previous best time at the circuit, that suggested the three time group 1 winner is still improving.

His winning time of 29.105 was the second fastest run in 2020 and his middle section (the time between the first and second splits) of 13.40 equalled the time he set on TAB Melbourne Cup night last November – a time which is believed to be a record.

“It was a terrific run. Those sections, they make him dominant when he puts those sections to together,” said trainer David Burnett after his star claimed his 17th career victory and took his prize money to $519,545.

“As soon as he gets of the mat (in front of the starting boxes) he just goes whoosh. To run 18.46 to the back, it breaks most dogs hearts.”

Simon Told Helen has quickly become as popular as he is brilliant with his powerful performances on the race track coupled with his distinctive appearance – he has a prominent roman nose – endearing him to racing fans across the country. That popularity is not lost on Burnett and he’s enjoying the ride, even if it does add pressure every time he steps onto the track.

“It’s just a terrific feeling to have people consistently just praising the dog and pumping him up.

“It’s a nice thing to have as a trainer, but to keep up to that hype and make sure the dog keeps performing to the levels that people are expecting is the hardest thing. To his credit, the dog just keeps bouncing up.

“He’s had a very light two weeks now and he came out and ran those times tonight with hardly any work. It’s just super, he’s just a terrific dog”

As happy as Burnett was with Simon Told Helen’s performance, he was equally pleased with the effort of Who Told Stevie who finished 2¾ lengths second to littermate in his first city start in six months.

Burnett has long touted Who Told Stevie as the faster of the two on the trial track, however an injured his wrist in January led to him spending the next five months on the sidelines.

“He’s run 29.29 tonight so that’s a super run first run back in town. He’s getting back to where he was so with a couple more runs he’ll be topped off nicely.”

Burnett will take a few days to determine the next move for his dynamic duo with the Brisbane and Bendigo Cups on the horizon, however Burnett said that he is likely to split them in a bid for both Cups.