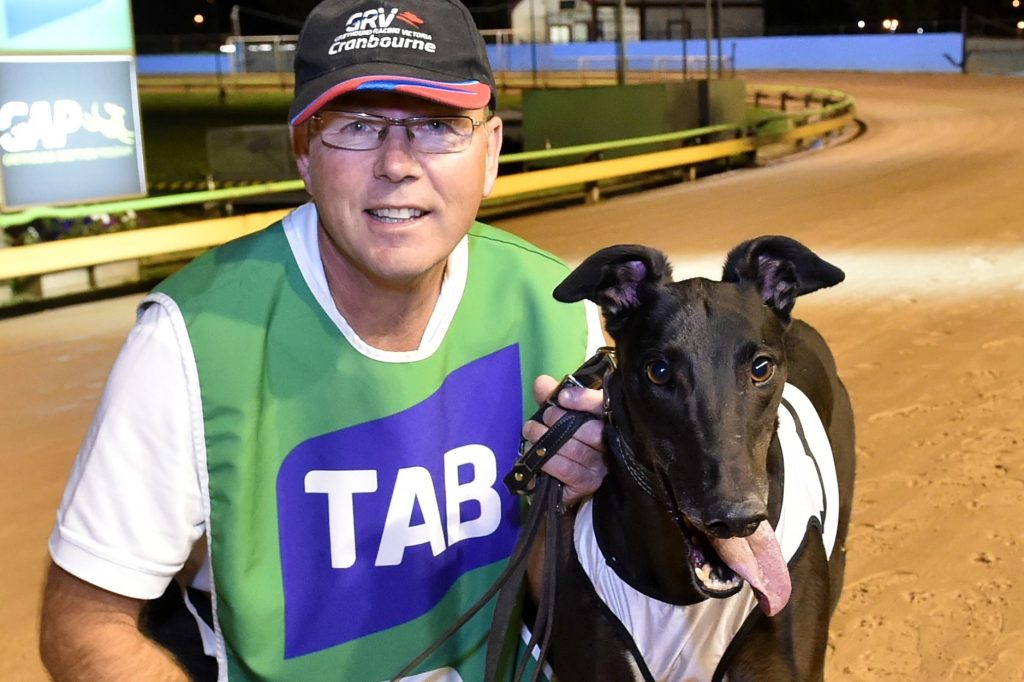 
Jeff Britton and his team have a busy night ahead at Sandown Park.

Not only does he have four of his own greyhounds engaged in the meeting, but his partner Angela Langton also has four and Matt Lanigan, who trains from the same property in Anakie, has three.

Here’s Jeff’s thoughts on each of their 11 runners chances.

Race 3 (8) Enter The Sun – Jeff Britton
“He probably hasn’t got enough pace to get around them. He has a lot of ability but will be looking for a bit of luck”

Race 4 (7) Mepunga Royal – Jeff Britton
“He got out well the other day and surprised me a bit, but from box 7 will be running for luck”

Race 6 (2) Road To Success – Angela Langton
“He’s where he wants to be, just got to hope he gets out well and gets around the first corner”

Race 6 (3) Keeper Of Keys – Angela Langton
“He’ll be coming from behind I’d say but he can do that. I think Keeper Of Keys is the better dog, but Road To Success has better habits”

Race 7 (4) Security Code – Angela Langton
“He’s going through bit of a bad patch. He’ll have to get out pretty well, but he’s had two weeks off and I’m hoping he’ll run well fresh”

Race 7 (8) Mepunga Pegasus
“He always puts in a brilliant run, I’d always be putting him in the trifectas”

Race 8 (3) Wallbanger – Angela Langton
“The class will probably show him up. He’s racing well but he might be a few lengths behind them”

Race 8 (7) Yindi Girl Turbo – Matt Lanigan
“She’s outclassed but has been going well. She’ll be relying on a bit of trouble inside to win the race but is going well”

Race 11 (1) Mepunga Felix – Jeff Britton
“He’s well boxed but is bit of a duffer. I’m just hoping he gets out well, he has shown he can miss it a couple of lengths and make it hard for himself but I think he’s well boxed to win the race”

Race 11 (2) Corazon De Leon – Matt Lanigan
“He wants the fence pretty hard, I just got to hope they don’t hit each other. He’s racing well.”