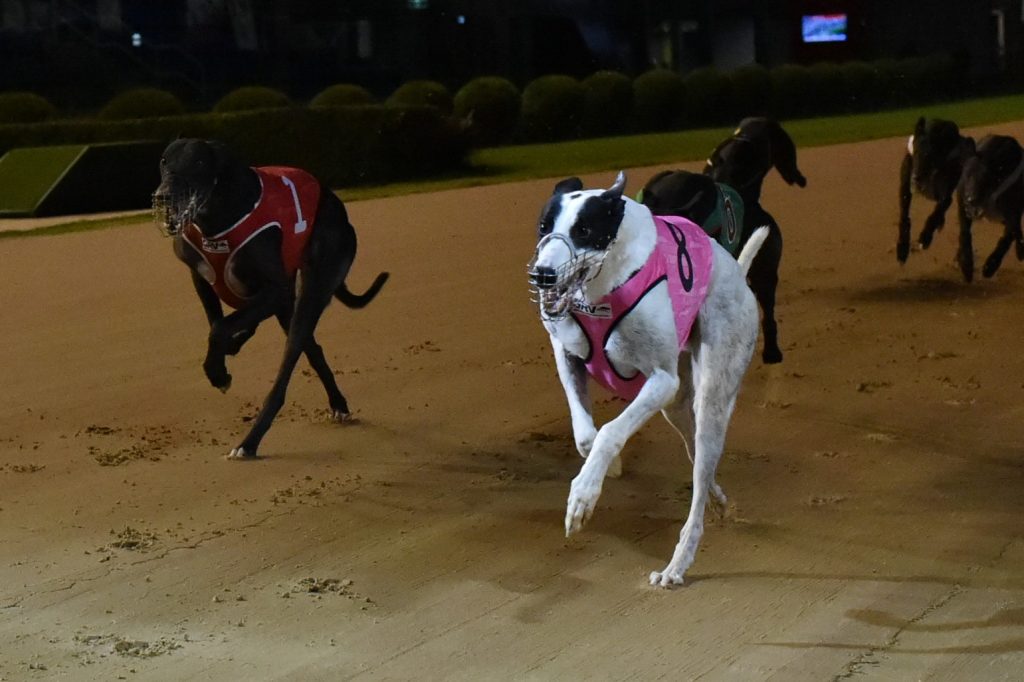 Champion brothers Here’s Tears and Tornado Tears will meet on the track for the first time in Thursday night’s Gr8 Eight (715m) and will look to continue the family’s domination of the staying races at Sandown Park.

Track record hold Here’s Tears is a the product of a repeat mating between Fernando Bale and Tears Siam which had previously produced Tornado Tears and Rippin Sam. Combined with their uncle Space Star, the family has built a superlative record over the Sandown ‘half-mile’.

Combined, the four have raced over the trip 31 times for 21 wins and eight minor placings (all the more impressive when one considers Rippin’ Sam was placed behind Tornado Tears on three occasions). Amazingly, the majority of races they have contested have been in top grade, where their record stands at 15 wins and eight placings from 25 combined starts.

All but four of their 21 wins have been in sub 42 seconds, with their average winning time of 41.58 – just 1/100th outside the group 1 Sandown Cup and Bold Trease race records. They have won their races by an average of five lengths, with Here’s Tears the only greyhound not to have a 10 length win to his name – he ‘only’ won by 9.37 lengths when setting the track record in January.

Robert Britton, who trained all four greyhounds, believes their success comes down to genetics.

“They’ve been sensational over the years, it’s been one of the superior staying lines for a long time,” said trainer Robert Britton.

“The common trait is that they can run the 700 easily. Most stayers either drop out the back and run home or they get out early and pinch races, but these dogs can do it the whole way. Space Star could run Melbourne Cup times over the sprint and keep going, and Tornado Tears has run 29.20s.

“And to think they can continue it for another lap – that’s got to be in the breeding for mine, there’s nothing you can do that can make that happen.”

All four greyhounds are group 1 winners and have combined for 19 group races (10 groups 1s) and almost $1.9m in prize money. But, all thing being equal, which was the fastest?

“It’s difficult to split Space Star and Tornado Tears in my mind. I just think they’re out and out freaks. On his night, we’ve seen what Here’s Tears can do, but I think if Tornado Tears had have gone around on the same night he would have gone quicker.”

Tornado Tears showed in his unlucky third in the recent RSN Sandown Cup heats that he has lost none of his zest for racing despite turning four in February. He has drawn box 2 for Thursday night’s feature race – the closest he has drawn to the rail in over six months – however Britton believes his Here’s Tears is the better chance of claiming Thursday’s $10,500 first prize.

“You know, I think Tornado Tears is the best red runner around. If you exclude the Speed Stars, he’s had one red in 55 career starts. Imagine what he could have done with his share of reds!

“But I reckon even though he’s not boxed well, Here’s Tears is coming out OK and there’ll be a night that he does get to the front. If he gets to the front he’ll take a bit of running down.”