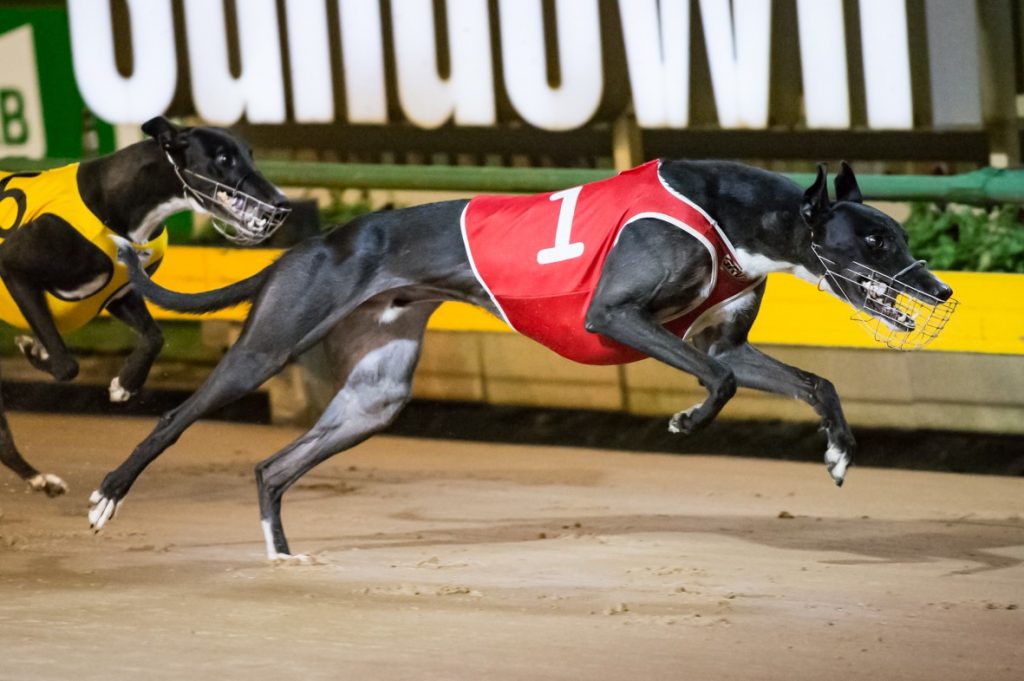 The mystery that is Houdini Boy

Houdini Boy is one of the fastest greyhounds in the country.

Or at least he could be if he decided to come out of the boxes. And therein lies the challenge for trainer Kel Greenough.

Houdini Boy has been placed in each of his first four career starts – all at Sandown Park – including two wins despite his aversion to jumping with the field. His average first split across those four starts is a pedestrian 5.37 or almost four lengths slower than the 2020 average split for a city grade 5 and above winner. He won last Sunday in 29.72 – running home in around 10.42 – despite running just 5.39 for the first split, the second slowest recorded by a winning greyhound in 2020 behind Pure Quality’s 5.42.

However his mediocre first split doesn’t tell the whole story. His issue comes well before he passes the winning post the first time.

“His first section would be OK if he’d step out of the boxes,” said Greenough ahead of Houdini Boy’s appearance in race 2 tonight.

“We got him back from the breakers and heard some good things, but when we starting trialling him I thought he’s the worst box dog I’ve ever seen. Normally you can do a bit of box work, but he just refuses to come up to the front of the boxes. I don’t know if something happened early on but it is unusual to be this bad out of the box.

“Often you can change them if you do it early enough. That’s why we delayed starting him because we were trying to change his habits out of the box, but nothing appears to have worked at this stage.”

Greenough is regarded as one of the premier conditioners in the state and has decades of experience in all facets of the sport. He’s tried every trick in the book to improve Houdini Boy’s box manners, and even written a new page by using a recording of the lure noise to help with the greyhound’s timing. Any improvement gained in training gets left at home on race day.

“We’ve probably done more box work with him than any other dog but he just refuses to change. Just when you think he’s got it worked out he goes back to the track and everything seems to get forgotten. He either has a very short memory or just doesn’t want to jump.

“It’s a bit frustrating but he is what he is. He seems to be pretty clever the way he works through a field most times, and it’s hard to do when you’re coming from last every time. We’ll keep working on him and see if we can change him.”

Increasing the frustration is the fact that once he does leave the boxes the son of Zambora Brockie can fly, Greenough believing he is capable of matching motors with the fastest greyhounds in the land.

“He’s hand slipped 22.70 – you don’t go much better than that (Simon Told Helen slipped 22.75 ahead of the recent Harrison-Dawson). Unfortunately you don’t race from a hand slip.

“I was even thinking of putting him in some coursing races because he’s getting an even start. I know the dog can match it side by side with just about any dog in the country, but put him out of the boxes and he’s six lengths behind at the first mark.”

Houdini Boy is not the first talented Greenough has been involved in that has had issues at box rise. Bobby Boucheau, trained by Greenough’s daughter Angela, won over 515m after running 5.53 to the first mark before going on to break the 595m and 715m track records as well as winning the RSN Sandown Cup. While Houdini Boy has a long, long way to go before matching the deeds of his underrated kennelmate, he is destined for a career over more ground.

“Bobby Boucheau was the first dog in Angie’s name. I remember his first start, he missed the start and chopped out early but picked them up like they was standing still and thought that was the sign of a stayer.

“Hopefully this dog will follow in similar footsteps and can run 700m, but we won’t know until we get there.”

You can WIN $500 cash each Thursday in June in our Pick4 competition! Entries close at 7.15pm, enter here!