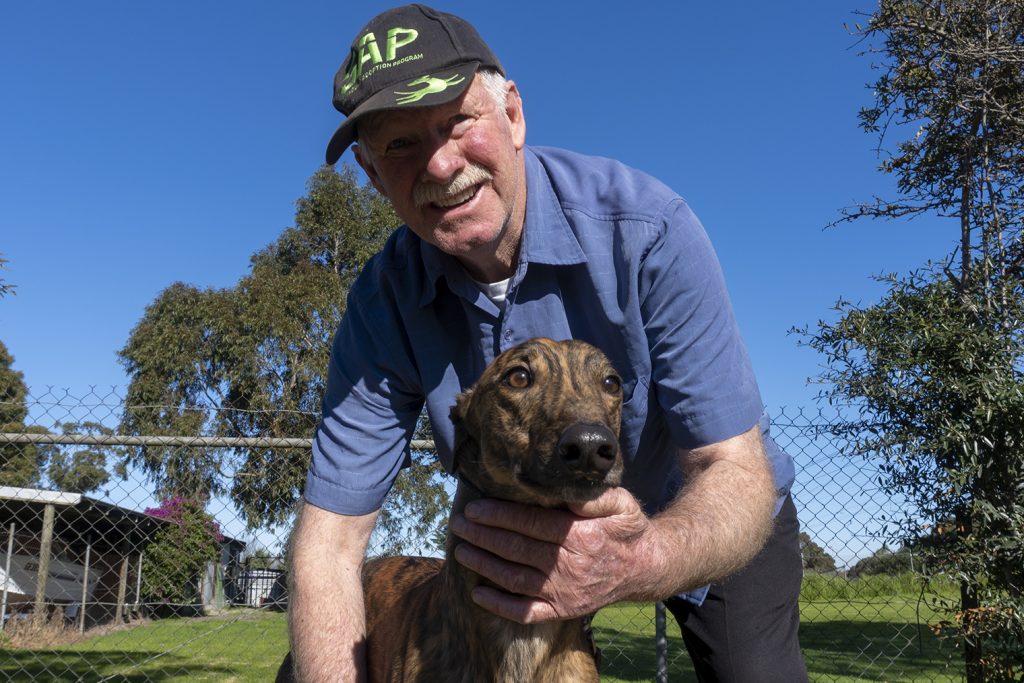 Pearcedale trainer David Crawford is dreaming of first group 1 win at Sandown Park on Thursday night when He Shall Power lines up in the group 1 RSN Sandown Cup final.

Crawford has spent a life time dedicated to the sport of greyhound racing. He, along with wife Shona and son Robert, race a small team of greyhounds which they have bred and prepared for racing themselves making the achievement of reaching a final of this status all the more rewarding.

“It gives you a lot of satisfaction having bred them yourself,” Crawford said.

“My wife whelps the litters and we handle the puppies and educate them when they get older. We only have our own greyhounds, we haven’t got someone giving them to us ready made so it’s up to us to make them what they are.”

At just 25 months of age, He Shall Power was one of the youngest greyhounds to contest last Thursday night’s heats. He’d had just 17 career starts entering the series for three wins and six placings and was on his debut over the 715m journey, however his two previous starts over 595m suggested he was ready for the step up in distance. And that proved to be the case, He Shall Power leading for most of the trip before being caught late by Rockstar Beav, the greyhound that will start as one of the favourites in Thursday night’s $71,000 final.

Despite his defeat, He Shall Power’s time was the second fastest recorded across the four heats and enters the final among the fancied runners despite drawing box 4.

“I was very pleased with his run,” continued Crawford.

“He’s still learning and has only just turned two-years-old. He was checked over on Friday and has pulled up well as he always does.”

In pre-COVID times, Crawford would meet every Thursday morning for a coffee with a group of friends in Cranbourne. Fellow trainer Brendan Dewan is one of those who be part of that regular catch up and he is looking forward to cheering on He Shall Power in Thursday night’s final.

“We’re so delighted for Dave. I just hope He Shall Power performs well for him because he deserves it,” said Dewan.

“He’s always had city winners, but it’d be great for Dave if he could get a group 1 winner. We’d be so rapt for him.”

The RSN Sandown Cup is the country’s premier race for staying greyhounds, and the 2020 edition shapes as one of the most open seen in many years.