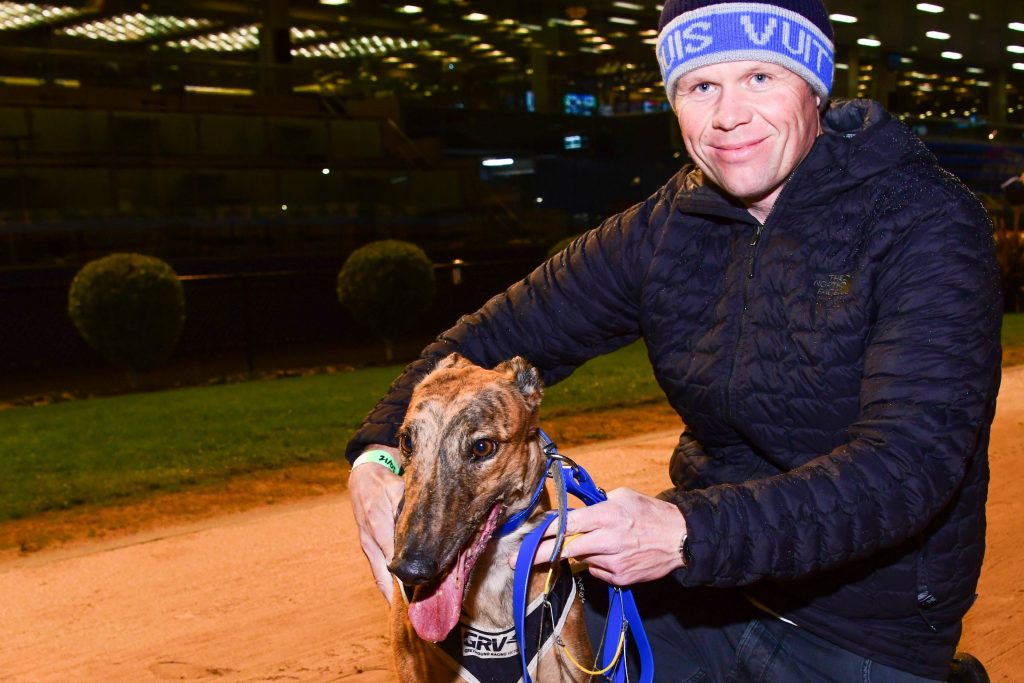 Ella Enchanted is back for another tilt at the RSN Sandown Cup and trainer Jamie Ennis is hopeful she can go one better than last year.

Ella Enchanted ran the race of her life in the 2019 RSN Sandown Cup. After finding trouble at the first turn she was shuffled back near last and 10 lengths from the leader with a lap to go before weaving her way through and finishing second to Rajasthan, beaten by just three quarters of a length.

“She was a tragedy beaten last year,” he said.

“She clearly should have won the race. It would be a bit of redemption if she was to win it this year.”

Ennis rates the now four year old among the most talented greyhounds he’s trained, however bad luck and injury has been the hallmark of her career. At group level, she has been runner up four times, been placed across all three metropolitan distances, and competed in three states.

She has also spent lengthy periods on the sidelines. Beginning her career in September 2017, she has raced just 49 times (for 18 wins and $184,000 in prize money) however Ennis believes that with consistent racing under her belt she’s well prepared to finally break through at the highest level on Thursday night.

“Being four years old now she’s a few lengths slower and a bit more dour than she used to be. But In saying that, she’s pulled up really well, she’s well within herself, the draw (box 5) isn’t too bad.

“I think the dog in 4 (He Shall Power) will show pace and go to the fence and the dogs outside of her are proven stayers – they’re not going to do anything silly at the start – so realistically she should get a pretty clear run.

“It’s wide open and looks a pretty even race on paper. She’s honest and hard fit now so anything is possible.”

True Detective, which defeated Ella Enchanted in last Thursday night’s heats, is the current favourite with tab.com.au, while Rockstar Beav and Blazing Cartier share the second line of betting.

Ella Enchanted is rated a $12 chance for the final though was as much as $34 when the heats were first drawn.

“Her owner loves a bet, so I’m pretty sure he would have had something on her.”