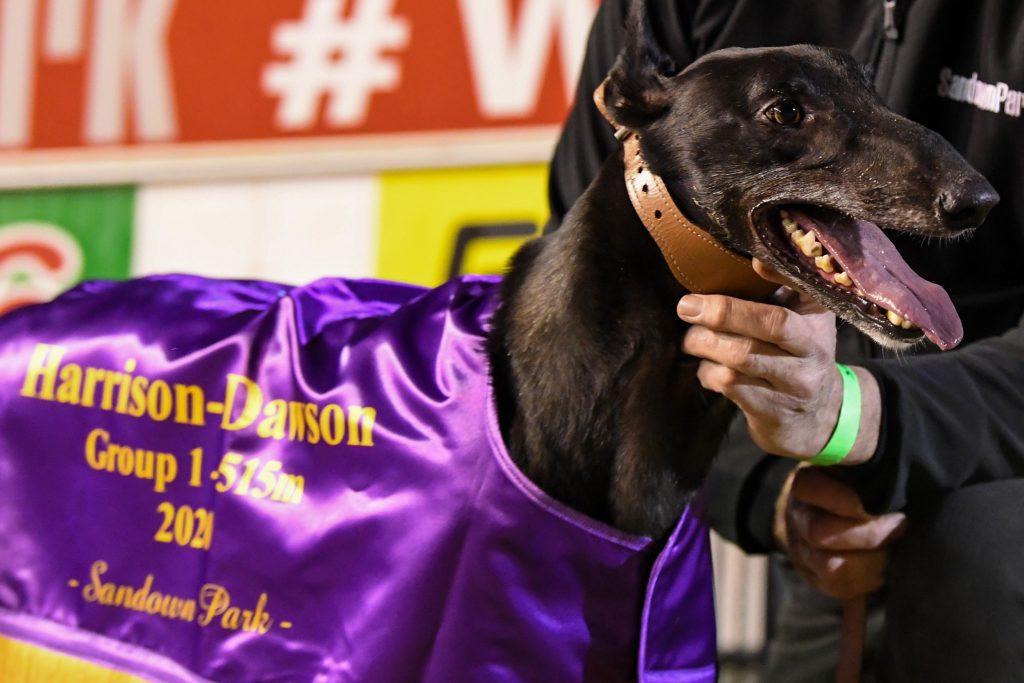 Best since Fernando Bale? Simon Told Helen may be better

Simon Told Helen’s Harrison-Dawson win not only consolidated his standing as the country’s premier greyhound, but continued his path to becoming one of the sport’s greatest ever.

It’s a big call especially for a greyhound that is still just 28 months of age. But after just 23 starts his career is on a trajectory that can only be compared to arguably the greatest sprinter of all time, Fernando Bale.

Six months later, a comparison of their race records is remarkable.

They also ran identical second splits in their respective runs (18.51) it’s how they get to that mark that separates them. Fernando Bale was renowned for his blinding early speed running 4.93 that night, just half a length outside of his first split record. He averaged a 4.96 first split across his eight career wins.

Simon Told Helen doesn’t have that same speed at box rise but musters like no other greyhound in the country. He ran ‘just’ 5.05 last night after stepping modestly, and averages 5.06 in his four Sandown Park wins to date.

Simon Told Helen’s middle section of 13.46 recorded last night was just 0.03 seconds outside of the time he recorded on Cup night, and equal to Fernando Bale’s fastest time between the pegs.

While both greyhounds have three group 1s to their name after 23 starts, Simon Told Helen has now won six group races and has qualified for 10 group finals (including the National Derby from which he was scratched due to a spider bite). Fernando Bale had four group wins from the four finals from which he qualified.

Amazingly, Simon Told Helen has never contested a grade 5 race. His last start in a graded race was at his fourth career start – a grade 6 win at Sandown Park – with every run subsequent being a group race or group race qualifier. At the same stage of his career, Fernando Bale had run in 10 graded races, albeit four of them were Free For Alls.

Simon Told Helen’s trainer David Burnett has known for some time he has a smart greyhound and the excitement he brings to the track. He’s very much enjoying the ride it’s giving both him and his close-knit group of owners, but cautious not to get caught up in the hype.

“Just relieved,” he said after his Harrison-Dawson triumph.

“With all of the build-up during the week, there has been a lot of talk about the dog and his ability. Up until now he really hasn’t taken on the best of the best.

“To do it at Sandown Park and against open grade company, I’m just rapt that the dog could show what he could do.”

Aren’t we all. Nothing excites fans of the sport – or opens up the sport to new fans – like a champion in full flight.

While Simon Told Helen has a lot more to do match – or surpass – the lofty heights Fernando Bale reached by the end of his career (he finished his career with eight group 1 victories and almost $1.3m in prize money), his career could not have got off to a more impressive start.

Simon Told Helen may be the result of a well kept secret, but he is no secret any more.