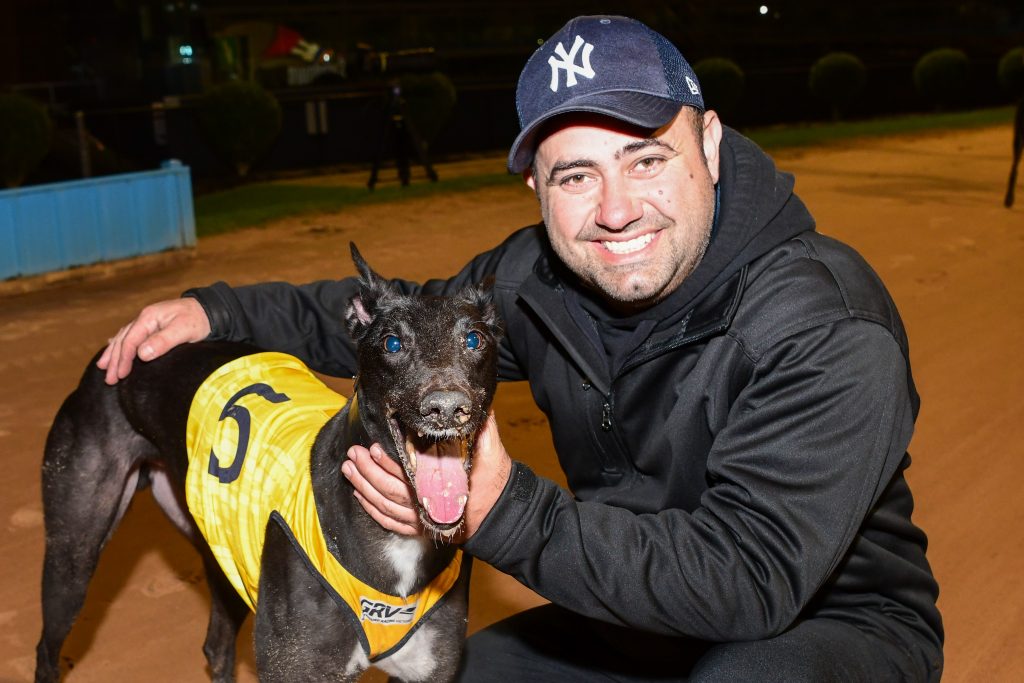 Anthony Azzopardi will have a runner in a fourth consecutive group 1 final at Sandown Park on Thursday night when Short Pork takes his place in the Harrison-Dawson.

Short Pork qualified for the final – his fourth at group level – after finishing strongly to run second to series favourite Simon Told Helen in last week’s heat. It was an impressive performance by the unheralded former New South Wales sprinter, and despite his $15 quote for the final with tab.com.au, Azzopardi has confidence in his charge’s ability.

“He’s not a 29.10s dog but I reckon he can run 29.20s on the right night. He always tries but he tends to find himself in the wrong spot at the wrong time because he lacks a bit of early pace. If he could draw inside he could compete with the good dogs no worries at all – we’ve just got to hope he gets out in the right spot on Thursday.”

The Harrison-Dawson is one of the premier group 1 events on the Sandown feature race calendar, having been won by multiple group 1 winners including Fernando Bale, Dundee Osprey, My Redeemer and Orson Allen since attaining group 1 status in 2015. Azzopardi believes the 2020 renewal may be the strongest yet.

“It’s a top race and there’s a lot of depth in it. You’ve got two dogs running 29.10s in there, and maybe another five more that are capable of doing it. It’s an excellent race this year.”

Short Pork will line up in race 6 on Thursday night, a race after Azzopardi’s group 1 winning stayer Just Terms makes her return from a short spell in a heat of the group 1 RSN Sandown Cup.

Just Terms won the Zoom Top at The Meadows in February and was placed in the group 1 Super Stayers two week later, however after two disappointing runs behind RSN Sandown Cup favourite Mister Harlewood Azzopardi opted to spell his nine-time group race finalist. She rounded out her preparation for the country’s most sought after race for stayers with a pleasing trial last Wednesday, indicating she was on track for a tilt at the 715m event.

“I think she just was a bit tired basically, that’s all it was. I gave her a break, and that little break has done a world of good.

“She’s probably not 100% at her best, but she’s pretty close to it. She went nice (in her trial) and found the line well so she’s pretty well ready to go.

“I’m pretty happy for the preparation she’s had. She’s well and truly fit enough to go 700, she’ll run all day.