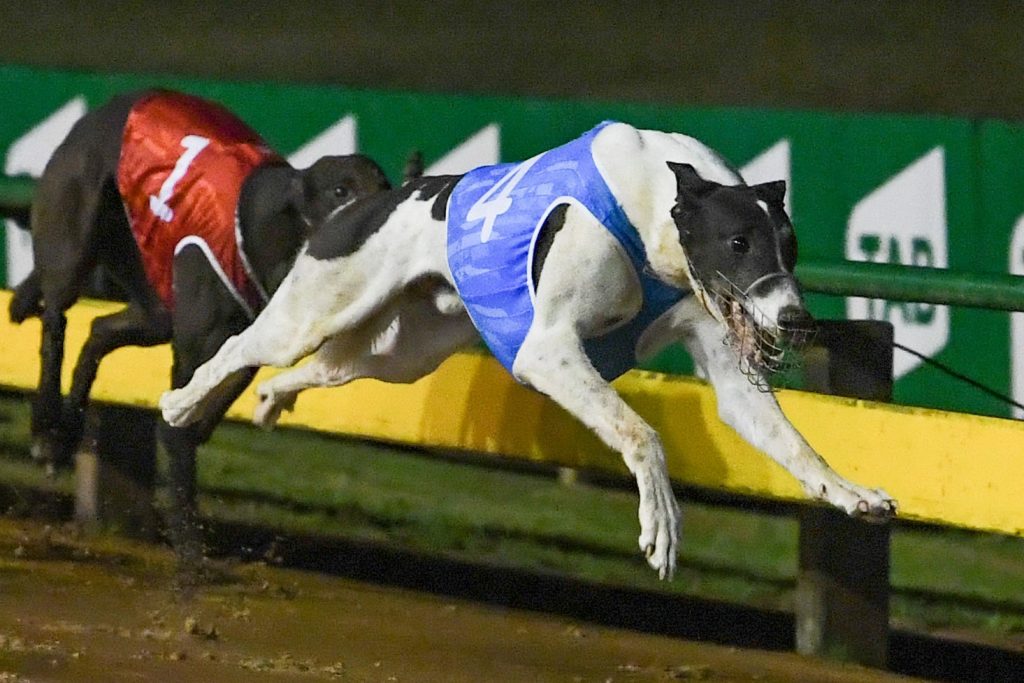 Tornado Tears is back for another tilt at the RSN Sandown Cup on Thursday night and trainer Robert Britton is confident his charge is back on track.

Better known as ‘Batman’ by his legion of fans, Tornado Tears has been on the sidelines since February following a procedure to remove bone chips in a toe. While his first few trials upon resuming work were disappointing, Britton said that the 2018 RSN Sandown Cup champion’s trial last Wednesday showed he was still capable of competing with the country’s best stayers.

“It took him a bit longer to come to hand than we thought,” Britton said.

“If he jumps on the lure on Thursday I don’t think there’d be a lot between his best (before the injury) and now.”

Tornado Tears trialled over 515m alongside his little brother and Sandown track record holder Here’s Tears, the latter leading all of the way to clock 29.42 (5.17, 18.99, run home 10.43). Tornado Tears was never more than two lengths away during the trial and finished strongly with little separating the pair at the line.

Britton has no concerns about Tornado Tears ability to run out the 715m journey despite spending more than three months on the sideline, however he was weary of his lack of race fitness especially given the calibre of his opposition.

“He hasn’t been over more than 500m for long, long time but I’ve never worried about that with him. He’ll get the ground.

“Lacking ‘match practice’ going in to a race like this is not ideal, but if things go to plan and he can jump really well and find a position I’m confident he will run a race.”

Tornado Tears has had success first up after a lengthy spell before. In February 2019 he resumed from a five month layoff with victory in the group 1 Zoom Top at the Meadows, one of his five group 1 titles.

If Tornado Tears can run in the first two on Thursday night, he will qualify for his 24th group final and 14th at group 1 level. He will have his work cut out for him however after drawing box 5 in his heat and will come up against 2019 RSN Sandown Cup Rajasthan (box 2) and emerging stayer Submission (box 1).

The 2020 edition of the RSN Sandown Cup is shaping as one of the most intriguing in the race’s rich history. Mister Harlewood, undefeated in all three starts over 715m at Sandown, had been well supported in pre-nomination betting while other contenders include emerging stayers Captain Dynamite, Zipping Truvy and Submission, 2019 winner Rajasthan, and group 1 winners Just Terms and True Detective.

The RSN Sandown Cup heats will be run in conjunction with the Harrison-Dawson, a group 1 sprint race for the country’s top male sprinters headlined by dual group 1 winner Simon Told Helen.

Tornado Tears wins the 2018 RSN Sandown Cup, one of his five group 1 wins