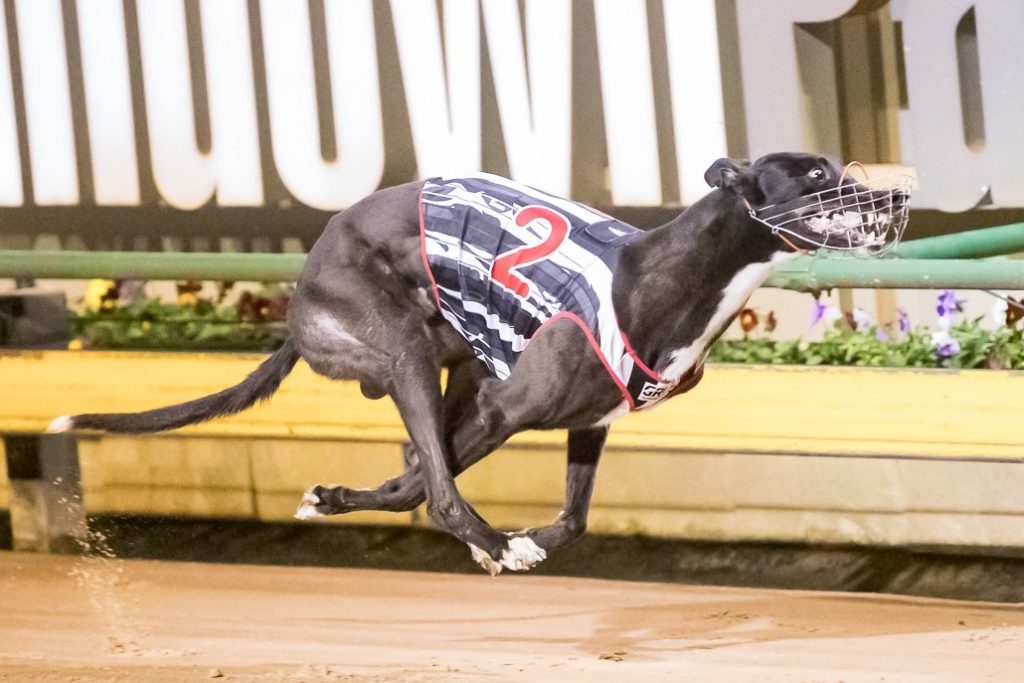 Tiggerlong Tonk returns to Sandown Park tonight for his final hit out before next Thursday night’s group 1 Harrison-Dawson heats.

The dual group race winner’s three race winning streak ended when finding trouble in a heat of the Warrnambool Cup last Thursday afternoon. However trainer Correy Grenfell is confident his charge will bounce back tonight after drawing box 1 for just the third time in his 36 start career.

“He’s pulled up fine and is ready to go. Hopefully we’ll see him back at his best and I’m confident we will.”

In his most recent outing at Sandown Park, Tiggerlong Tonk clocked a stunning 29.12 victory – the second fastest time recorded in 2020 – a week after winning the group 3 Easter Gift in 29.14. The fastest time of 2020 was set by brilliant youngster Jim Zaar Dashian (29.020) which will jump from box 6 in the same race.

“It’s a good race actually, it will be a really good hit out for him before the Harrison-Dawson heats next week.”

Tiggerlong Tonk is the $5 pre-nominations favourite for the Harrison-Dawson, a race Grenfell won in 2019 with Orson Allen on his way to taking out the 2019/20 Greyhound of the Year.

Tonight kicks off a massive four weeks of racing at Sandown Park as the club builds towards the RSN Sandown Cup on Thursday 28 May. The group 1 action kicks off with four heats of the Sapphire Crown headlined by three time group 1 runner up Black Opium (race 5), while the favourite for the RSN Sandown Cup Mister Harlewood will continue his preparations for the country’s most sought after stayers event in race 6.